Unless you’ve been under a Facebook rock, you know that New Bedford Guide launched their first photo contest on April 21st, 2012. The theme was “Old Dartmouth” and within a week dozens of photographers submitted 157 photos of  New Bedford, Dartmouth, Acushnet, Fairhaven, and Westport. The amazing photos were uploaded to the contest gallery for people to vote by “liking” their favorites. Combined, the photos received thousands of likes on Facebook. To say the first contest was a success would be a major understatement.

In this first contest (winner to be announced soon), the best photo will be selected and featured as the cover photo on NewBedfordGuide.com’s Facebook page for the month. This translates into the winning photographer getting their photo and name exposed to over 90,000 people in the southcoast region of Massachusetts. This is an outstanding opportunity for any photographer, but I’d like to increase the reward with a monetary payout through sponsorship. 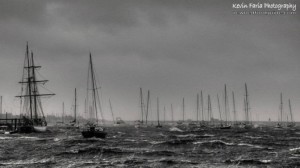 New Bedford Guide is seeking a sponsor (or sponsors) for our May Photo Contest. Our goal is to have $100 -$500 and our New Bedford Guide’s Facebook cover for June as a first place prize. We’d also like to make this a monthly contest with the theme changing each month. This sponsorship will increase our contest reach and the number of photographers that participate. Sponsors would not only be supporting local photographers, but their business name would reach over 90,000 Southcoast, Massachusetts area residents.

As of today, we are accepting sponsorship inquiries on a first come first serve basis. Potential sponsors are asked to e-mail info@newbedfordguide.com with the month they would like to sponsor.