EON MEJIA-VICENTE, wanted for sexual assault charges who had gone on the run last week has been captured in Connecticut along with two endangered children.

On June 8th, 2022, New Bedford detectives assigned to the “Family Services Unit” applied for, and were granted a warrant for LEON MEJIA-VICENTE, 46, of New Bedford for rape and assault charges. Shortly thereafter, the suspect fled the area with a 17-year-old girl, and a 5-year-old boy.

In the days that followed, New Bedford police detectives, the Bristol County District Attorney’s office, Massachusetts State Police assigned to the Violent Fugitive Apprehension Team, and the U.S. Marshals Service conducted an investigation into the whereabouts of the wanted fugitive and the children. 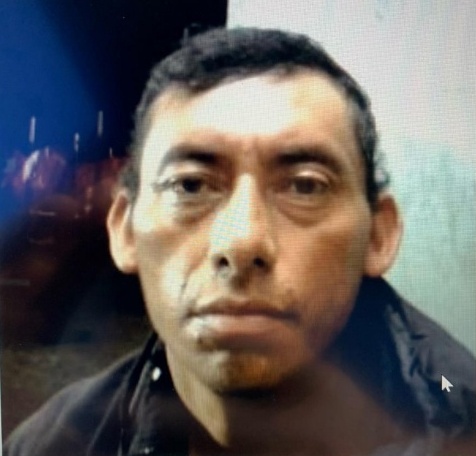 On June 17th, at approximately 3 pm, investigators were able to track down the fugitive to Willimantic, Connecticut. He was then taken into custody by agents assigned to the U.S. Marshal service with the assistance of the Willimantic police, Massachusetts State Police and New Bedford detectives. Both children were located and placed in the care of Connecticut youth services.

Detective Samuel-Algarin Mojica, who was recently appointed as a liaison to the Central American community in New Bedford was integral to the apprehension of this fugitive and the safe return of both children. Special thanks to New Bedford Police Det. Sgt. Shasha Vicente and her unit for their efforts that lead to the apprehension of the fugitive, along with Brock Morrissette of the Massachusetts State Police assigned to the Bristol County District Attorney’s Office, Trooper Phil Giardino of the Mass State Police Violent Fugitive Apprehension Section, U.S. Marshalls Service and Assistant District Attorney Lesly Leahy.

“I’d like to express my gratitude to all of the various law enforcement agencies involved with this situation which could have ended tragically. This is an outstanding example of partnership that stresses how critical it is to have community cooperation. If not for the trust developed with Detective Algarin-Mojica, vital information may have never made its way to authorities. I’m very proud of the investigators as well as the community members who came forward to assist.”-Chief Paul Oliveira-New Bedford Police Department.

“I am very pleased that this afternoon the fugitive was apprehended without incident and the children were located and are now in the custody of the Connecticut Department of Child and Family. This case highlights the importance of quick action by various agencies working together to locate the fugitive and the missing children. When a child goes missing the early stages of the investigation are critical to safely locating them. I am grateful for the cooperation of the Central American community in New Bedford, that was critical to apprehending the suspect.”