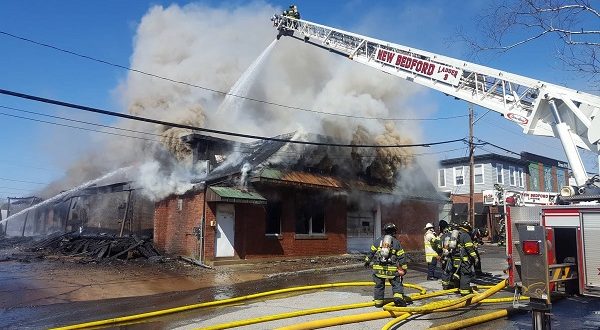 “First, I would like to express my condolences to the family of Ms. Barboza. As firefighters, we always believe that we can save everyone, through our efforts but we know in our hearts that is not always possible. The first arriving members to the fire that afternoon risked their lives but despite their efforts could not prevent the tragic outcome.

In the media, the efforts of the firefighters were described in the following manner:

“Lt. Kevin Cormier and Firefighter Christopher Mount, of Ladder Company 4, conducted a search of the three-family dwelling, and were able to quickly locate and evacuate Barboza, the lone occupant of the residence.”

A more accurate and complete description of the efforts would be the following:

“Upon arrival fire was venting out of a 3rd-floor window indicating that flashover had already occurred inside the apartment. Because of the possibility that there may be an occupant the Chief ordered Ladder 4 to conduct a search. Lt Cormier and Firefighter Mount forced entry and without the protection of a charged line, Engine 8 was blacked out, advanced to the 3rd floor.

Encountering heavy fire and smoke they proceeded to search the apartment under deteriorating conditions. They were able to find Ms. Barboza and pass her off to members of Engine 7 who had arrived sometime after Ladder 4. Lt. Cormier and Firefighter Mount then used Engine 7’s hoseline to attack the fire, protecting Ms. Barboza and the members of Engine 7 as they continued the rescue down the stairs.”

When asked about this fire the Mayor provided the following quotes:

1) “I asked the chief and he said it didn’t matter.”
2) “We asked the chief. The response time was within parameters. The blackouts continue to be something that we have to do because of fiscal pressures on the city. But the reality is, it hasn’t affected responsiveness.”

While the members of Local 841 are sympathetic to the “tough choices” demanded by the “fiscal pressures” that New Bedford is facing, we do not believe that it is appropriate to mislead the public in order to make the tough choices appear easy. Because Engine 8 was “blacked out,” Lt.Cormier and Firefighter Mount had to search without the protection of a charged line. This activity is one of the most hazardous that any firefighter can attempt. Searching without a charged line can also increase the time it takes to find victims. (Because of the extraordinary efforts of Lt. Cormier and Firefighter Mount that did not occur in this case but it may in the next case.)

To quote from a recommendation made by the National Institute of Occupational Health and Safety (NIOSH), which investigates Firefighter fatalities:

“Fire departments should develop SOPs to ensure that a charged hoseline is either advanced with the search and rescue crew or is operated by another firefighter providing the team with protection while entering hazardous or potentially hazardous areas containing fire. A firefighter is taking a substantial risk when entering a burning structure without a charged hoseline or protection from one. The only justification for risking a fire fighter’s life is present when there is a real chance to save another person’s life.”

While it is perhaps technically accurate to state that “blackouts” haven’t affected responsiveness, it is clear that blackouts affect the effectiveness of that response as well as the danger that firefighters face during that response.

In addition, while it is not explained, we assume that the “parameters” that the Mayor is referring to is derived from the NFPA Guidelines (NFPA 1710) which recommends 15 Firefighters within 8 minutes and the 1st Engine in 4 minutes. What is not explained, by the Mayor, is that this guideline is for a 2-story single-family home with no basement and no exposures. This residence did not meet that standard and would have required additional resources. As noted by a recent report commissioned by the city (FACETS).

“In a general sense, the housing stock in New Bedford is older and more dense than the typical Massachusetts town. The southern, central, and western sections of the city were developed many decades ago and these residential areas include many wooden frame and multi–unit residences.

These occupancies typically range from one-family structures to as many as twelve units in a single detached structure. Older construction (typically of “balloon frame”) carries additional concerns when combating a hostile fire within the structure. Balloon frame structures, built long ago, utilize long timbers for the external walls which permit fire to communicate freely and rapidly from each level of the home to adjacent, and even non-adjacent, levels. Many of these structures have combustible siding and are constructed with narrow passages between them, creating additional fire spread hazards. … 90% of the area committed to residential housing is occupied by multi-family and/or high-density housing.”

For the type of housing stock typical in New Bedford, the NFPA recommends 20-25 firefighters within 8 minutes. It is clear from the Mayor’s public comments that he wants a Fire Department that has fewer fire stations as well as fewer firefighters on the apparatus in those stations.

The members of Local 841 ask that as the public debate takes place on what type of fire department the citizens of New Bedford want, that all of the facts are presented to the public honestly and in the proper context. The safety of the citizens of New Bedford, as well as the firefighters who are sworn to protect them, will depend on the outcome.”