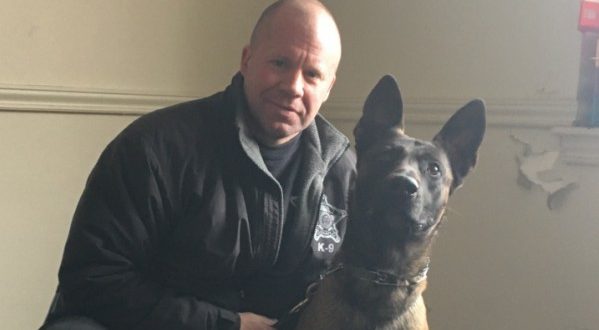 Deputy Chief Scott Kruger officially welcomed Kona, an 8-month-old black lab who is the partner of city firefighter Scott Rebello, to the team Friday during a ceremony to celebrate the graduates of the Bristol County Sheriff’s Office canine academy.

“This is a very proud day for the New Bedford Fire Department,” Deputy Chief Kruger said at Friday’s ceremony. “Through Travis’ hard work, Kona will be the department’s first four-legged first responder.” 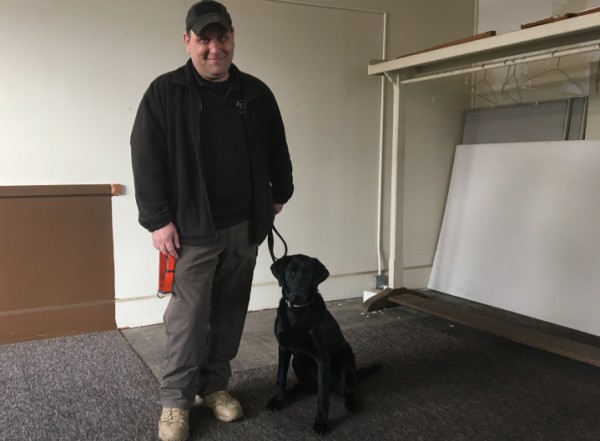 In addition to his post as a city firefighter, Rebello is also on regional and state hazmat teams, which led him to come up with the idea for Kona. After training for months with BCSO Capt. Paul Douglas, Kona is certified in detecting fentanyl and certain chemical and biological agents that can be used in weapons. Kona is only the second working dog in the country that can detect these certain hazmat materials, the other being in Los Angeles.

“In the world we live in today, you can be reactive or proactive, and we’re going to protect our people,” Deputy Chief Kruger said at the ceremony.

Kruger said Rebello and Kona will be on duty during big events in the region, including the New Bedford Half Marathon, Day or Portugal festivities and the annual Portuguese Feast.

Joining Rebello and Kona among the graduates of the K9 academy were four members of the Sheriff’s Office and one from the Fall River Police Department, all of which are now certified in detecting fentanyl. Completing the program were Capt. Douglas and K9 Rony, BCSO Officer Mike Bettencourt and K9 Kofy, BCSO Officer William Dillingham and K9 Shapry, BCSO K9 Officer Scott Robbins and K9 Jerry, and Fall River Police Department Det. Gary Barboza and K9 Capone. 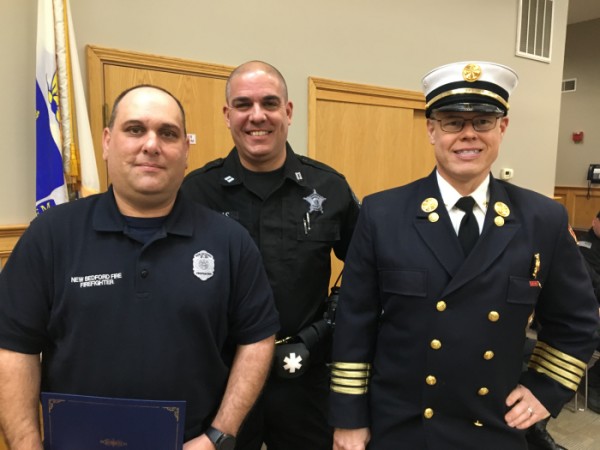 In addition to fentanyl detection, Bettencourt and Kofy, a 75-pound German Malinois who will be turning 3 in May, finished the entire narcotics academy that includes heroin, cocaine, meth, suboxone and other illegal drugs.

Friday’s ceremony was the latest honor for the Bristol County Sheriff’s Office K9 training group. With the addition of Rebello, the group now consists of members from the New Bedford Police and Fire Departments as well as Fall River and Somerset PDs.

“I’m very proud of this canine unit,” Bristol County Sheriff Thomas M. Hodgson said during Friday’s graduation ceremony at the Sheriff’s Office in Dartmouth. “This unit is all about teamwork and building partnerships to enhance public safety.” 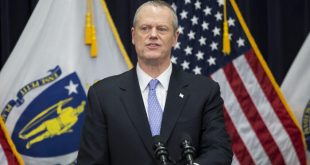 On April 6, the Massachusetts Public Health Department reported that the state added 1,337 more …