“This morning at 0509 hrs, 911 calls were received reporting flames extending from the second floor rear of 60 State Street.

Command Unit 2 arrived on scene and reported a large volume of fire extending from Side C of this wood frame, four-family dwelling. The residents had evacuated prior to our arrival. Crews were able to extinguish the fire with an interior attack with multiple hoselines. The fire had already extended into the attic space but was quickly extinguished.

No residents or firefighters were injured. The American Red Cross provided assistance to the two displaced residents. Several of the apartments were vacant at the time of the fire. The fire is under investigation by the NBFD Fire Investigation Unit. NBPD, NBEMS, and the Providence Canteen provided assistance at the scene.”-New Bedford Fire Department. 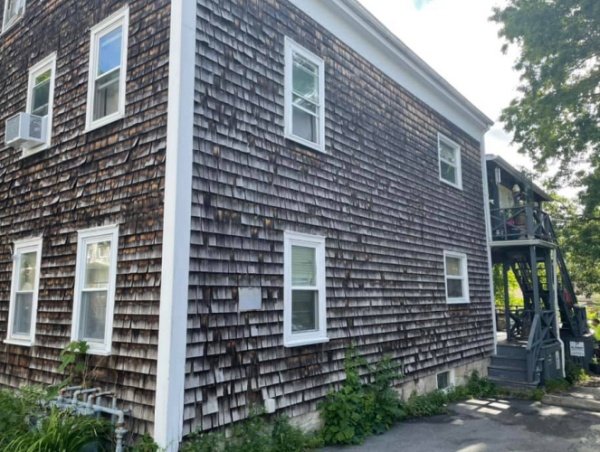