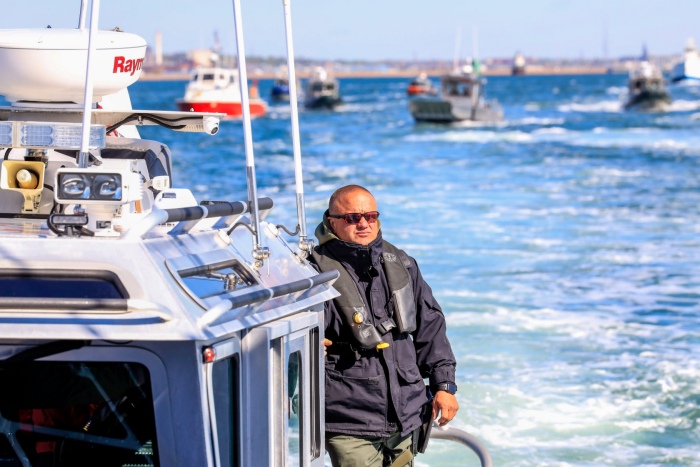 The ice and water rescue suits and floatable rope will be carried not only on the department’s fire and rescue boats, but also on its engine companies, ensuring firefighters can respond to ice or water rescues in any area of New Bedford.

“The New Bedford Fire Department is pleased to have received the maximum grant award allowed for a city the size of New Bedford,” Chief Kruger said. “The funding to replace the department’s ice and water rescue suits and equipment will allow the department to provide high-quality responses to water marine emergencies, whether they occur on the open water, in the harbor, or in one of the ponds located throughout the City. Structural firefighting gear and self-contained breathing apparatus are key pieces of equipment that allow our firefighters to safely operate at fire responses, and protect lives and property. These funds additionally will allow upgrades to portable radios that our teams rely on every day.”

The Fire Department responds to an average of six water rescue emergencies per year. Fire crews responded in late October 2021, for example, when a heavy storm damaged a dock at a marina on Pope’s Island and a man experienced a medical emergency on a vessel moored there. A Fire Department deputy and a police officer from the New Bedford Police Marine Unit secured the dock, then helped the man off of his vessel and into medical care.