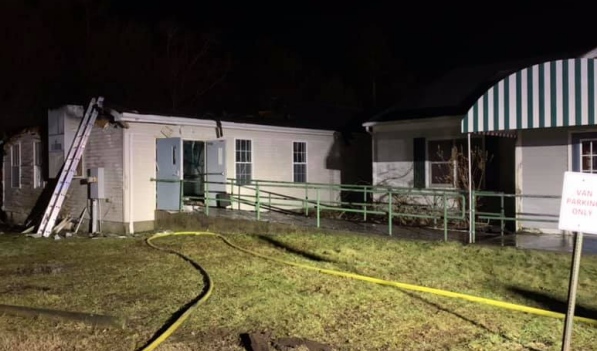 “At approximately 9:30 last evening the New Bedford Fire Department began receiving 911 calls reporting a fire in the woods of Welby And Phillips Road.

Upon arrival of fire companies, they found a vacant adult active daycare building located at 107 Welby Road well involved in fire. Portions of the roof had already collapsed. Engines 5, 7, 8, 9, Ladders 1 and 4, along with Command Units 1 and 2 responded and were able to contain the fire spread to one wing of the structure and limit its spread to the remainder of the building.

The cause of the fire is under investigation by the NBFD Fire Investigation Unit and the State Fire Marshals Office.