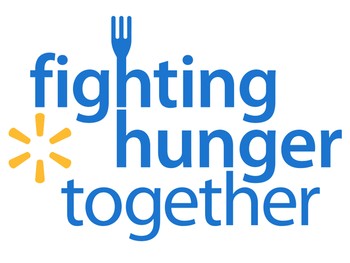 “Helping children and families in our local community is a key objective of New Bedford Parks and Recreation,” said Renee Dufour, director of New Bedford Parks, Recreation & Beaches.  “We are thrilled to be a part of NRPA’s national effort to combat hunger, particularly in these troubled economic times, and are pleased that Walmart has lent their support to New Bedford.  Through Walmart’s generosity, over 2,000 of our area children will have better, more nutritious summer,” she continued.

Support for the feeding program is part of Walmart’s Summer Giving Campaign – a $20 million initiative aimed at filling the gaps created when schools close for the summer.  The initiative will help expand nutrition, learning and employment services to children throughout the summer months.

While many children look forward to the summer break, recent research shows that health may decline in children during the summer due to lower levels of physical activity and lack of access to healthy meals. Only one in seven of the low-income students who depended on the National School Lunch Program during the regular 2010-2011 school year received summer meals in July 2011 according to a report released by the Food Research and Action Center in June 2012.

“Park and recreation agencies are on the frontline in the fight to reduce hunger especially among children,” says Barbara Tulipane, president and CEO of NRPA.  “The generous gift from the Walmart Foundation will help our local champions provide nutritious meals for millions of children and support the development of a healthy, connected and active generation of Americans,” Tulipane stated.

For the third year, NRPA has awarded grants to park and recreation agencies for feeding programs that have served more than 16 million meals to low-income children, an increase of 3.7 million meals over 2009 figures.

New Bedford’s Play in the Park and Summer Food Program is completely free and can be found in over 20 parks and playgrounds throughout the city.  Play in the Park sites are open Monday through Friday from 10am-2pm and in addition to snacks and lunch being served a variety of fun activities and special events will take place.  This eight week program begins on Monday, July 2nd and ends on Friday, August 24th.  No registration is required just stop on in to any of the sites.

Join Mayor Jon Mitchell and the New Bedford Parks, Recreation & Beaches team for the kick- off event Thursday, June 28th at Riverside Park at 11am.  A fun afternoon is planned with lunch served from the grill, musical entertainment from Mister G and give-a-ways!

For additional information on how Walmart is bringing its commitment to hunger relief to life this summer, visit http://www.walmartfoundation.org.