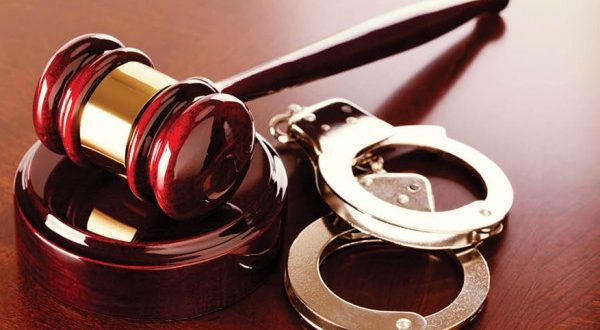 Rahquan Bailey pleaded guilty to indictments charging him with carrying an illegal firearm with two prior convictions, trafficking in excess of 200 grams of cocaine, unlawful possession of ammunition and two counts of possession of cocaine to distribute-subsequent offense.

On February 22, 2017 the defendant was the target of a search warrant executed by New Bedford Police at his apartment at 244 Davis Street. Police recovered 10 bags of cocaine, 48 rounds of ammunition, $3505 in cash, a digital scale and packaging materials.

While out on bail awaiting final disposition on the aforementioned case, the defendant was stopped by members of the FBI Gang Task Force in New Bedford after he drove through a stop sign. A Massachusetts State Police Trooper observed a plastic bag in the defendant’s mouth and forced him to spit it out. The bag contained seven twists of crack cocaine. When the defendant was removed from his vehicle, the Trooper noticed the handle of a firearm underneath the driver’s seat. The firearm, a semi-automatic .22 caliber handgun, was loaded with 10 round of ammunition. Police also seized $4,897 from the defendant during the stop.

While being held, a jail call was intercepted where the defendant was talking to a woman in cryptic language stating that his “food” is in the van and “people need to eat.” Believing that the lingo used by the defendant was code for drug activity, Troopers went to work and located a truck parked outside of an address associated with the defendant in New Bedford. A woman, later determined to be the woman on the phone with the defendant, was observed unsuccessfully trying to enter into the van. The vehicle was later secured, a search warrant was granted, and the vehicle was searched. More than 200 grams of cocaine was seized.

The case was prosecuted by Assistant District Attorney Patrick Driscoll and the state prison sentence was imposed by Judge Raffi Yessayan.

“This defendant is a repeat offender who is dealing large amounts of drugs while carrying a loaded illegal firearm. He also was obtaining a significant amount of proceeds from selling illegal drugs based on the amount of money seized in these cases. This is another example of a defendant who is engaging in very serious criminal activity and is a danger to the community,” District Attorney Quinn said.