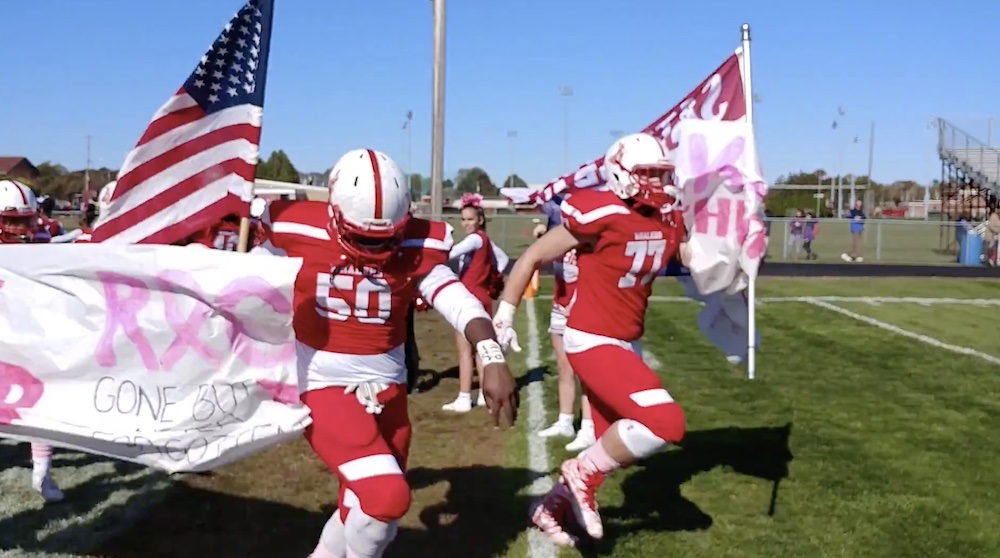 It’s been 470 days since high school football was played in the New Bedford area. The long sabbatical ends on Friday night when Dartmouth High School hosts New Bedford High School in the first-ever Southeastern Conference football game. Here’s everything you need to know before kickoff.

Where is it?
Dartmouth Memorial Stadium, which was updated with new turf before the 2019 season.

Can I go?
No, unless you were invited by a Dartmouth High player. But you can follow along on New Bedford Guide and Dartmouth Guide’s social media channels.

Is this really the first SEC football game?
Yup. The conference debuted for the 2019-20 school year, with the exception of football. The league’s five schools played independent schedules in 2019, making this the debut of SEC football.

What were their records last year?
Dartmouth went 4-7, while New Bedford went 8-3 and lost in the first round of the Div. 1 South tournament.

What happened in this game last year?
The Whalers scored three touchdowns in a four-minute span of the third quarter to pull away for a 46-26 victory. Senior Ethan Medeiros threw for 228 yards and three touchdowns, while fellow senior Nygel Palmer ran for 128 yards and three scores. It was New Bedford’s sixth-straight win to open the 2019 season and ninth-straight overall. The next week, the Whalers’ winning streak was halted by Brockton.

Does that mean new quarterbacks?
Oh yeah! The Whalers will start 6’4″ junior Ryan Dosenberg. The younger brother of former All-Star lineman Eric Dosenberg, Ryan has the opportunity to become a four-sport athlete this year, after running cross country in the fall and playing basketball in the winter. “He played very well,” Whalers coach Mark DeBrito said of how Dosenberg’s looked in a recent scrimmage.

Dartmouth will be starting junior Will Kelly, who also had an older brother play for the Indians, even winning a Super Bowl title in 2015. Last year, the 5-foot-9 Kelly played understudy to Nolan Ellis, who finished with the most career touchdown passes of any Dartmouth quarterback in the past 55 years. Kelly ran for 44 yards in Dartmouth’s 2019 loss to New Bedford.

Who are they going to throw to?
New Bedford‘s receiving corp will be led by Michael Fernandes, who started at cornerback last year but will now be a starting wideout and safety. Track star Flordan Bazile is out for the team and will bring blazing speed on the outside.

Expect Dartmouth’s 6′ junior tight end William Chau to get a lot of looks from Kelly, as well as 5’10” junior Baron Dutra and 6’1″ senior Landen Soares, who is playing football for the first time.

New running backs too?
You betcha. The Indians will start junior Ethan Marques, a 5’11”, 175-pound back who ran for 89 yards and a touchdown in a Thanksgiving Day win over Fairhaven.

New Bedford will have junior Jayden Frazier taking the bulk of the carries. Another small back in the style of Palmer, he provides quickness and athleticism in the Whalers’ backfield.

What about the guys who do the real work in the trenches and on defense?
New Bedford’s strongest returning players are the Sousa brothers, Bill and Billois, who will be second-year starters on the offensive line and at linebacker.

Dartmouth got a boost when senior Jared Holmes returned after a year at Whitman-Hanson to help anchor the offensive line alongside center Cole Perry, the team’s only returning senior starter. Linebackers Dan Martin, Dutra, and Chau will be key.

What’s coach got to say?
“We have a lot of kids who are new at a lot of positions, so we’re getting there. This lets the seniors enjoy a last hurrah. For many, it’s the last time they’ll put on a helmet and shoulder pads.” — New Bedford head coach Mark DeBrito

“The overall effort and attitude has been outstanding. Guys are happy to be back. They’ve been working hard and picking things up quickly.” — Dartmouth head coach Rick White.

When do they play next?
New Bedford has a bye before hosting Bridgewater-Raynham on March 27. The Whalers then play at Brockton at noon on April 23 and host Durfee at 1 p.m. on April 10.

The Indians host Brockton on March 19, then play at Durfee on March 27 and at Bridgewater-Raynham on April 2. The SEC Championship game will be held on Saturday, April 17.

Hey, what about New Bedford’s other team?
GNB Voc-Tech’s season doesn’t start until March 26 when the Bears host Apponequet. Don’t worry, we’ll be back with everything you need to know before that one kicks off.