Home / History / New Bedford cultural perspectives: Where does the “Bathtub Jesus” come from? 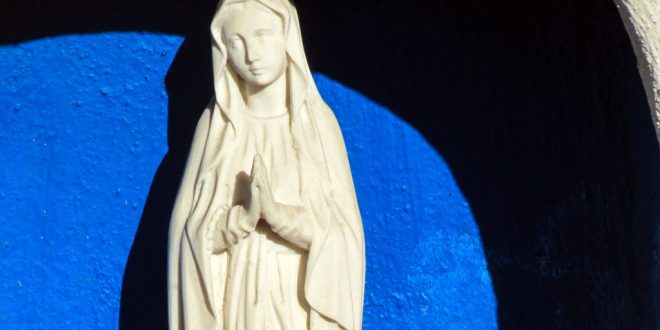 New Bedford cultural perspectives: Where does the “Bathtub Jesus” come from?

While it may be hard to believe that there are actually people who live on the South Coast in general and specifically New Bedford, that are not of Portuguese heritage, it’s true. Maybe I should have warned you to sit before you read that statement? Apologies.

Certainly, there are areas of the city where you can go and all the signs are in Portuguese, pull over and ask for directions and you may meet someone who only speaks Portuguese, and any a perusal of a phone book (do these exist too? Bigfoot might be carrying one) is a lesson in the massive variety of Portuguese surnames.

Having said that, having a Portuguese surname in the New World isn’t a guarantee that you speak the language and/or understand aspects of the culture from a historical perspective. So, if you already know, then there’s no need to read more, but you can certainly share your understanding and experience with those of us who don’t know. 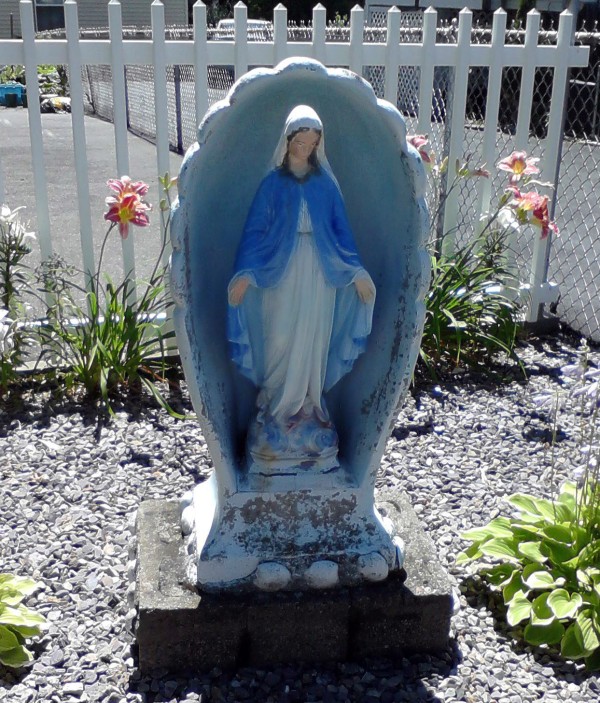 As you likely know – or at least, any person who studies American, Portuguese, or SouthCoast history would know – the Portuguese are predominantly Catholic. In fact, their last census showed that Catholicism makes up 81% of the population. It goes without saying that they brought their religion with them. So even if you are Portuguese, or of Portuguese heritage, you may not be Catholic and might enjoy this little foray into Portuguese and/or Catholic culture.

The lawn shrine is a bathtub stood upright with half of it underground. Yes, there are actually companies who manufacture lawn shrines. No, they aren’t bathtubs. However, why pay for the shrine and the shipping when the land of opportunity is chock full of extra? You can either save a lot of money by visiting a landfill or salvage company or even better, gifted with one by someone who is replacing or tossing theirs.

This highlights the immigrant culture that arrived on America’s shores with little to nothing. There is a monumental appreciation for a dollar, a meal, even some basic no-name clothing – when you have little. When I was growing up in the 70s and 80s – not the 1880s, the 1980s, you comedian – popular maxims existed like “You should eat everything on your plate because there are starving people in Ethiopia or China.”, “I make my kids do chores for $5 a week so they will learn the value of the buck.” and “Though my son/daughter will inherit the business they will start with sweeping the floor.”

These and similar values were once common ones that immigrant families felt important to instill. Unfortunately, they have become uncommon values. No, I’m neither a pessimist nor a cynic – in fact, I consider myself a hopeless optimist, but simple, daily observation will bear this out.

That is perspective – to “see” things in a right, just or proper way. To instill the value of hard work, the “almighty” dollar, appreciate what you have no matter how little it is, et al.

Point being that this perspective is demonstrated with the oft scoffed at or ridiculed “Bathtub Jeebus.” It has entered pop culture and there is even a song 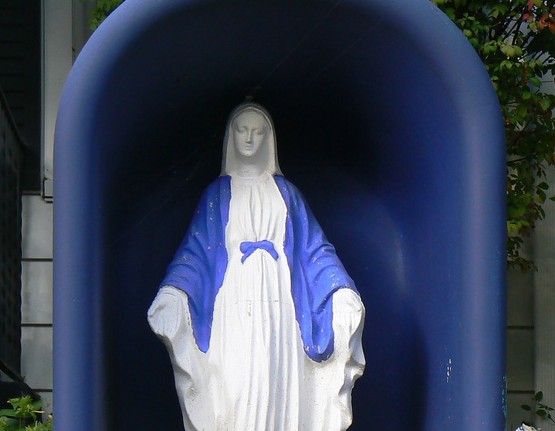 Believe it or not, while the Azoreans brought the Bathtub Mary with them when they came to the SouthCoast, Roman Catholics from other European nations – Germany in particular – brought the lawn shrines to Minnesota, Wisconsin, Cajun Louisiana, Kentucky, Michigan, Iowa. Furthermore, you will find it in Hispanic immigrant cultures from Central America, and even Italian-American neighborhoods. Finally, there is even a Marian sanctuary in Pusang, South Korea – a nation that some may not know is 1/3 Christian.

While I am not personally a religious person or much of a fan of orthodox organized religions, I do see the good work and deeds by billions of good, decent people on a regular basis. I see how these Conservative values translate into emphasizing the family unit, eating at the dinner table together, helping the community through charitable work, the commandments like “Thou shalt not kill.”, the words and lessons of Jesus in maxims like “If anyone slaps you on the right cheek, turn to him the other also.”

Obviously, there are those who do not practice what they preach – we are all at various stages of personal understanding and growth and aren’t saints – but the salient point is that good ideas, good acts, good values like compassion and kindness to your fellow man are promoted.

While you, in no way, shape or form need to be religious to promote similar ideas – plenty of atheists, humanists, Buddhists, etc. spread them – the alternative is a household that doesn’t promote any whatsoever.

The bathtub Jesus is symbolic of these qualities. It is representative of what holds families together and the values that are promoted. In essence, what I’m saying is that people may make jokes about the lawn shrine but they are unfair ones. Joke away, this is a nation built on free speech and within comedy, I think there should be no topic held sacred – pardon the pun – but the idea of a Bathtub Jesus should not be ridiculed as superstition, “stupid,” or something a silly, cheap greenhorn does.

It represents those values and Conservative beliefs that a massive and integral part of the American population felt important. Whether you agree with them or not – your flavor of American is as important or valuable – it is still a human contribution to Americana. Like all “flavors of American” there is a ratio of good and bad with it. The rub is to not think that your flavor is the best flavor or the only flavor, but to see and remember that we are all Americans first.

We can disagree, or agree to disagree, without being mean to one another. You can be a Democrat and a Republican without being mean to each other. You can be a theist and an atheist and get along. We’re Americans first and should celebrate our commonalities, not our differences, because under it all – even if you struggle to see the common ground – we all want to be happy. If you can’t find something in common, there is that.

Having said that, this non-theist says to leave the Bathtub Jesus alone. I like them.

When Joe isn't writing, he's coaching people to punch each other in the face. He enjoys ancient cultures, dead and living languages, cooking, benching 999#s, and saving the elderly, babies and puppies from burning buildings. While he enjoys long walks on the beach, he will not be your alarm clock, because he's no ding-a-ling.
Previous Family and New Bedford Police seek public’s help in finding missing teen
Next New Bedford Police Department releases strategic plan