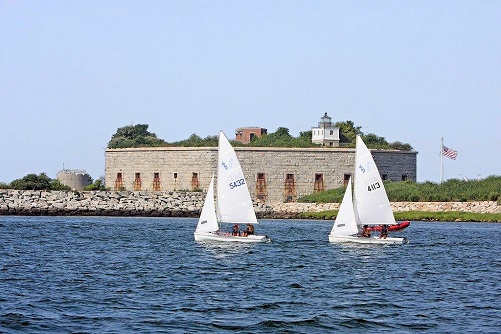 New Bedford Mayor Jon Mitchell announced today that he has established a steering committee charged with exploring New Bedford’s potential to serve as the venue for sailing should Boston host the Summer Olympics in 2024.

During a press conference held in City Hall earlier today, Mayor Mitchell announced he has assembled a team of individuals with broad sailing experience to help evaluate and establish a plan for New Bedford to host the sailing events during the Summer 2024 Olympic Games.

“We in New Bedford, the urban hub of the southern part of Massachusetts, believe that there is an important role we can play in Boston’s Olympic effort,” said Mayor Mitchell

“We are confident that New Bedford will strengthen Boston’s bid. Indeed, in light of the International Olympic Committee’s criteria, New Bedford may well be the best place in America to host Olympic sailing,” the Mayor remarked.

The Annual Buzzards Bay Regatta is held on Buzzards Bay and is hosted by New Bedford on a rotating basis along with the Beverly Yacht Club. The Regatta is the largest multi-class regatta in the United States with over 450 boats and 1,200 sailors across fifteen different classes. It is three times the size of the Olympics sailing events.

Mayor Mitchell said that City staff is working closely with the members of the steering committee to help shape New Bedford’s proposal to the Boston 2024 Committee. 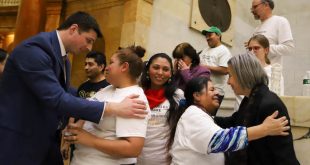 “As part of its response to the opioid crisis, United States Attorney Rachael S. Rollins …