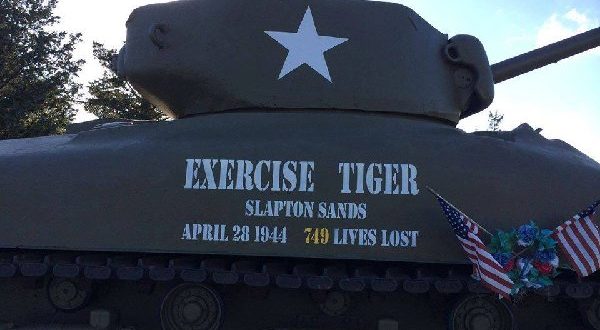 The city of New Bedford, Massachusetts will be hosting the 75th remembrance of “EXERCISE TIGER” Saturday, April 27th, 2019, @ 1 p.m.

The free Fort Taber-Fort Rodman Military Museum will be open and have the display honoring the 749 Service Members who did not return. Come honor their sacrifice. The Memorial is only one of two that includes an M4 Tank.

749 United States sailors and soldiers who lost their lives during the devastating April 28, 1944 attack on the United States military training operation, Exercise Tiger. Exercise Tiger was a D-Day dry run which was ambushed by a German E-boat flotilla and resulted in America’s costliest incident of World War II, second only to Pearl Harbor. The surprise attack sank two American vessels and severely damaged a third.

The Museum and event will be Held at The Fort Taber Park 1000 Rodney French Blvd. New Bedford, MA 02744.

Previous Winslow Elementary students spread kindness at school and in the community
Next The South Coast Hot Jobs List – April 21, 2019