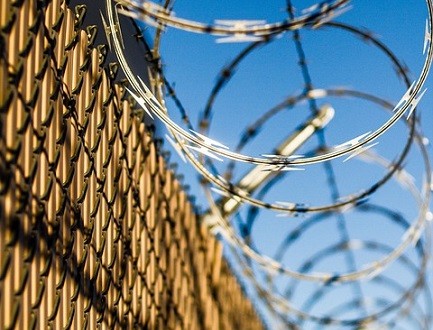 Scott Haynick submitted an “unagreed” guilty plea to a six count indictment charging him with strangulation, three counts of assault and battery, two counts of assault with a dangerous weapon and one count of witness intimidation. During a hearing before Superior Court Judge Raffi Yessayan, Assistant District Attorney Jose Vazquez recommended for a five to seven-and-a-half state prison sentence, to be followed by 10 years of probation. ADA Vazquez argued that based on the viciousness of the attacks, the defendant deserved a severe state prison sentence. His defense, however, requested a three year state prison sentence and only three years of post-release probation.

Judge Yessayan, after hearing from both sides, ordered the defendant incarcerated in a state prison for four to five years, to be followed by two years of supervised probation.

On April 18, 2015, the defendant and his girlfriend at the time were arguing in their bedroom, when he pushed her with both hands and threw a lamp at her, breaking a mirror. Two neighbors heard the commotion and knocked on the couple’s apartment door to see if they were safe. The defendant at this point grabbed a knife and chased the neighbors around the apartment and out the door.

Then, on July 11, 2015, after having already broken up with the defendant, the female victim ran into him at a local bar. Upon her arrival back home several hours later, the victim found the defendant sleeping on her living room couch. After waking him and telling him to leave the apartment, he began breaking items in her home. The defendant then throws her to the ground, begins strangling her and pulls a handful of hair from her head. He then repeatedly punched her in the face, causing significant bruising to both eyes. The victim at some point attempted to get her phone and call police, but the defendant bit her fingers and threw the phone across the room. She was eventually able to barricade herself in her bathroom and call police for help.

“I am satisfied the defendant received a lengthy state prison sentence for this animalistic behavior against his ex-girlfriend. In one case, the defendant assaulted the victim and pulled a knife on two neighbors trying to help. In a second incident, he viciously assaulted her and even ripped hair out of her head,” District Attorney Quinn said. “This type of inhumane conduct cannot be tolerated by our society.”