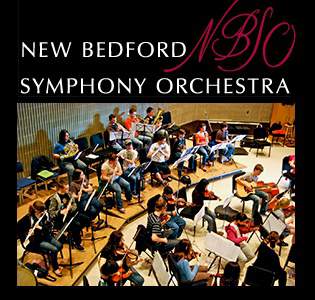 The New Bedford Symphony Orchestra will present two sold-out performances of its acclaimed annual Young People’s Concert (YPC) on Monday, March 3, 2014, at the Zeiterion Performing Arts Center. In this year’s concert, thousands of students from across South Coast will hear symmetry in classical music, see symmetry in vibrant images from nature and explore symmetry in geometric shapes and transformations.

Many of the students who will attend the concert have participated in this year’s NBSO SchoolsMusic! program and have been collecting examples of symmetry as “Agents of the Symmetry Detection Agency” (the NBSO!). The concert will celebrate the “evidence” these young agents submitted by displaying their pictures and drawings on a large screen suspended above the orchestra as part of the concert.

The NBSO is a professional orchestra performing a 7-concert series of classical and pops music annually, regularly performing with prize-winning guests artists from around the world. The NBSO is dedicated to building a community of music in the South Coast, celebrating music and music-making and collaborating with other music groups and cultural and educational organizations. For more information, please visit www.nbsymphony.org.