I first met Mark Cutler back in the late ’70s and early ’80s, while Mark’s band, The Schemers, and my band, played a lot of the same venues in Rhode Island.  I’ve always admired him as a great singer, musician and songwriter, and he always picked great songs to cover and gave them a twist to make them his own.

We recently hooked up on facebook after I listened to his incredible solo album, Red. It’s one of the best albums I heard in 2010, and I highly recommend it.  Here’s some of what we talked about:

Butch: Tell me about all the bands you’re involved with now- you’re a busy guy!

Mark: Men of Great Courage, which includes me, Jimmy Berger on bass, Rick Couto on drums, Bob Gillespie occasionally on drums and harp, Bob Kirkman on banjo and guitar, Dick Reed on keys, and David Richardson on guitar and mandolin.  I also play in The Tiny String Band, which consists of the members of Men of Great Courage, but without drums, and sometimes with accordion.

I also play with The Schemers, and we do one or two shows a year.  And then of course Forever Young, my Neil Young tribute project with John Amitrano (my brother) on bass, Becky Chace, Leo Dumas on drums, John Fuzek, Dan Lilley, and Pete Vendetuolli. 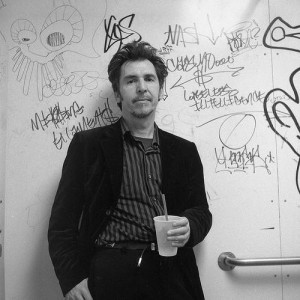 How did you get involved with music?

Mark: When I was ten, my older brother Carlos took guitar lessons at Ragosta Music in Cranston, RI. I read his books and learned that the lines meant strings and the dots meant fingers, and took it from there. Carlos encouraged me and helped me out a lot.

What is  your latest project?

Mark: I’m working on some soundtracks: One is for an HP Lovecraft documentary/fantasy.  I recently did a soundtrack for a PBS documentary on George Washington and Gilbert Stuart, which should be playing on a PBS station near you! Plus, I’m always writing music, anything from folk to rock to electronic.

Your album, Red, is one of my favorites- I listen to it often and my band covers one of the songs,“Paycheck Away.” Tell us about the album.

Mark: I wrote all the songs except for “Miss Connected,”- Scott Duhamel provided the lyrics for that one. I recorded most of it at Emerson Torrey’s Satellite Studio, and did some guitars and vocals at my home studio.  The songs were written over a long period of time, like the past eight years or so. I had a bunch of songs to choose from, but we picked those because they seemed to make sense at the time.  I’ll be recording a new record with Emerson as soon as we can fit our schedules together.

Who are your musical influences?

I am influenced by musicians such as Hank Williams, Muddy, Howlin Wolf, The Rolling Stones, The Beatles, and Lou Reed, but also by playwrights like Sam Shepherd, David Mamet, and John Osborne. 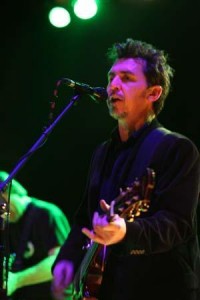 Mark: There are a lot of creative folks out there, and this area is very supportive of the arts and of artistic types.  As for what I don’t like, there are a few folks who are petty and want to see someone fail. I guess that happens anywhere though.

What guitars or other instruments do you use?

Mark: I use an Eastman El Rey, designed by Otto D’Ambrosio.  It’s a chambered-body electric that wails!!  A beautiful looking guitar with a thick humbucking sound.  I also play an F&H guitar designed by Chris Fitzpatrick.  It’s got a Telecaster type of sound, but also has a P90 pick up at the neck. When you combine those two pickups, it’s a real sweet sound.

I should also add that I use a couple of ACE amps designed by my friend Jim Kelly.  One is a class A 12-watt amp that sounds like a Marshall stack except, at a less ear-bleeding volume …although it still really cranks.  The other is a 25-watt amp modeled after Fender Princeton- real sweet and can get pretty nasty too. 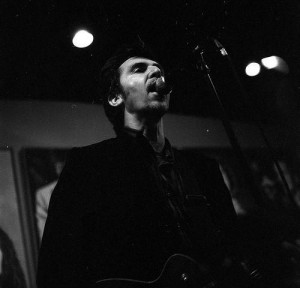 Where do you usually perform?

Mark: I’ll play anywhere! In Rhode Island, I play the Apartment, The Penalty Box, the Met, Nick a’ Nees, Doherty’s East Ave, The Greenwich Hotel. With Forever Young, we do the Narrows Center for the Arts.

And you’re at The Narrows in Fall River with Forever Young soon?

When you go out locally what bands do you go see?

Mark: I don’t really go out that much, but if I do, it’s usually to see friends play.

Do you have a day job?

Mark: I’m a software tester in Boston. I take the train so for an hour up and an hour back. I work on my laptop writing music during the commute.

You should definitely try to catch Mark Cutler and one of his many incarnations when you can.  Check him out at The Narrows with Forever Young on the 25th!!  You can find a link to buy tickets below, as well as a few links to Mark’s various web pages.