Home / Events / ”Much Ado About” Shakespeare in NB’s Auditions, May 4th & 7th 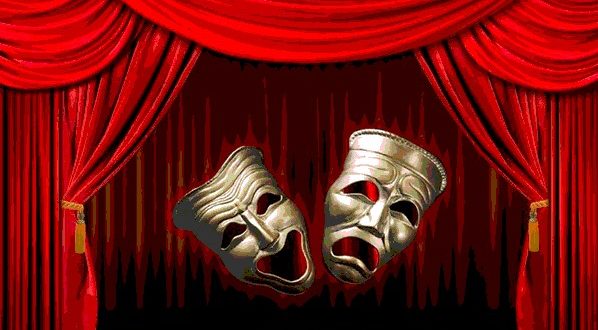 New Bedford’s own Free Shakespeare program returns with the romantic comedy, Much Ado About Nothing.

”Much Ado About” Shakespeare in NB’s Auditions, May 4th & 7th

Shakespeare in NB, the third installment of New Bedford’s Free Shakespeare program that is produced by The Glass Horse Project, is thrilled to announce auditions for its summer production, Much Ado About Nothing. Also, as a new and exciting development for this year, in an effort to expand the program and its outreach as a source of Shakespeare and summer theatre in the area, Shakespeare in NB is also unveiling a touring model for this production. The production will play multiple shows over two to three locations throughout MA, a large jump from their previous three-show weekend runs of the first two seasons.

One of the most beloved Shakespearean comedies, Much Ado tells the story of two contemporaries, Beatrice and Benedick, who are tricked into admitting their love for each other after the people around them see that their merry war of wits may be a guise for deeper romantic feelings. In true Shakespearean fashion, this light-hearted romp of a ploy comes to ahead after the unfortunate spurning of Hero, Beatrice’s cousin, after she has been falsely accused by her lover of impurity right as they are about to be wed. Hijinks ensue as the characters work toward a resolution.

For the third installment of the Free Shakespeare program, Glass Horse Artistic Director Korey Pimental says that they didn’t struggle to find a Shakespeare play that fit in with their season three thematic thread, focusing in on secrets, deception, and interpersonal relationships, subtitled “the secrets we keep.” He adds: “We chose Much Ado for a handful of reasons. Most notably, it felt like it was time to branch out into the comedies. Could we have done a third tragedy? Sure, we could have. But Much Ado was the first play that came to mind when I was programming the season, and I knew it was the best play fit to jump into the comedies with.”

Typical of Shakespeare in NB, audiences can expect a production that doesn’t rely on traditional doublets and ruffled collars. Like their past two incarnations of Shakespeare, including last season’s female-centered Macbeth and dystopian-set Romeo & Juliet, Much Ado About Nothing is set in 2019 and focuses on the ways communication and misinformation travels, not just by word of mouth, but by ways of modern technology like texting and email. Production Director Holly Cipriani adds: “Setting Much Ado in 2019 affords us the opportunity to explore the myriad of ways technology has changed the way we communicate and, more importantly, miscommunicate. We also have the chance to frame relationship dynamics in modern terms.”

Auditions for Much Ado are scheduled for Saturday, May 4 (10am to 2pm) and Tuesday, May 7 (7pm to 10pm) at Co-Creative Center, located at 137 Union St, New Bedford, MA 02740. Those interested in auditioning for this summer’s Much Ado About Nothing should visit The Glass Horse Project on Facebook or email theglasshorseproject@gmail.com to sign up for an audition slot to guarantee they’ll be seen, but walk-ins are welcomed. Auditioners should prepare a one to two minute Shakespearean verse monologue. While memorization is encouraged, it is not required. All roles, except Beatrice & Benedick, are available. Shakespeare in NB welcomes all experience levels and actors ages 15-150. Auditioners should have the last weekend of July through the second weekend of August available. Show dates and times will be announced as they are confirmed.