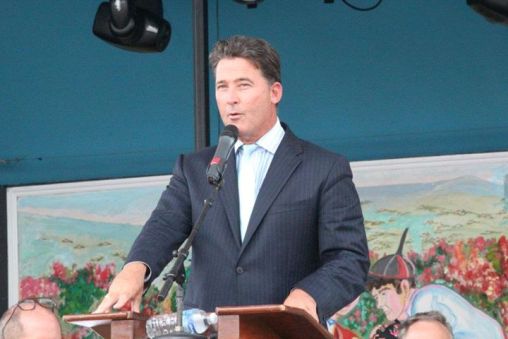 The Senate Committee on Bonding released its transportation bond bill today. The Bill provides $2.3 Billion in funding to restore commuter rail service to the South Coast including New Bedford and Fall River. These funds may be expended for the design, permitting, engineering, acquisition of land, construction of the South Coast Rail project as well as mitigation for towns affected by the rail project. The bill now heads to the Senate Ways and Means Committee.

“Inclusion of full funding for the South Coast Rail money in the Transportation Bond Bill is another important step forward in the project,” said Senator Montigny. “This project has been derailed several times in the past due to a lack of commitment and sheer deceptiveness from

previous administrations. This bill grants Governor Patrick and his successor the ability to get this project started once and for all by authorizing the release of the monies authorized by this bill. We cannot rest on our laurels yet as much work still must be done to realize our dream of South Coast commuter rail to New Bedford.”

Senator Montigny also noted “passage of the present bond bill will create several avenues for economic development. The bill, if passed, would add jobs, open up housing and educational opportunities and bring visitors and travelers to our City. It also benefits the environment be by easing traffic and pollution on commuter routes to Boston. The benefits of this project are real and the time has come for the South Coast to receive the transportation investment other parts of our state have enjoyed for years”