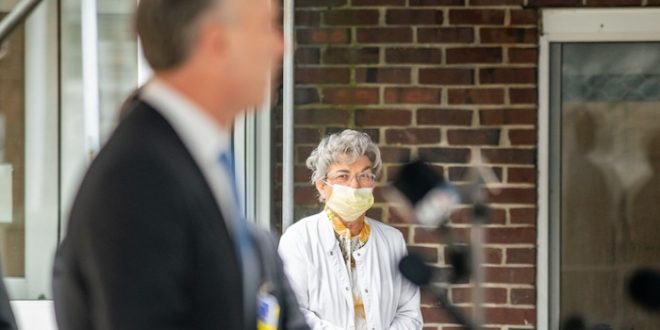 The City of New Bedford has been informed by the Massachusetts Executive Office of Health and Human Services that the state does not intend to pay for the care of MassHealth patients in the medical surge facility located at 4586 Acushnet Avenue. This facility is the second of two surge facilities that the City of New Bedford opened with the help of Southcoast Health and Essex Group Management Corporation to serve patients recovering from COVID-19, while freeing up hospital beds in the region. The explanation offered by the state was that there are now no patients at the Acushnet Avenue facility, and “no further COVID-19 Residents are expected to be admitted.”

The state’s decisions renders it economically infeasible for the operator to open the facility. The primary surge facility, located on Rockdale Avenue, will remain open, and has been serving patients since mid-April. A third regional surge facility, located on the campus of UMass Dartmouth, which originally was not intended to receive patients unless the two New Bedford facilities were full, will remain open, according to the state.

Despite the state’s decision, Mayor Jon Mitchell has announced that he will retain the city’s rights as lessee of the Acushnet Avenue facility, so that it may be reopened as a regional care facility in the event of a future surge of COVID-19 patients.