Home / Coronavirus / Mitchell: Not many New Bedford scallopers going out because of drop in demand 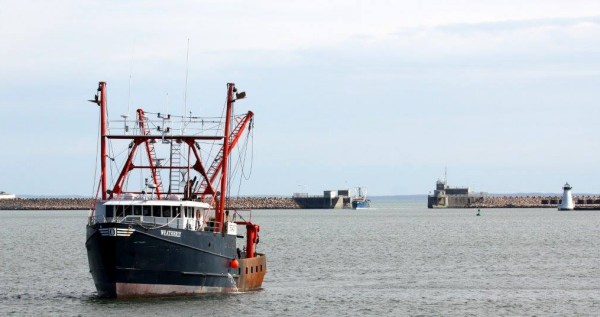 Mitchell: Not many New Bedford scallopers going out because of drop in demand

On the opening day of scallop season in the country’s largest fishing port, New Bedford Mayor Jon Mitchell should have been celebrating the departure of boats from his city’s piers.

Instead, the mayor of the mid-sized city on the South Coast was laying out his administration’s latest efforts to prevent the spread of coronavirus in New Bedford’s nursing homes, and urging residents to practice vigilant social distancing.

The city, he said, had even resorted to taking the rims off the basketball hoops at many of the New Bedford’s most popular courts.

“We do know this. The virus is here and it is spreading,” Mitchell said from a podium in front of the steps outside City Hall.

A city with about 95,000 residents, New Bedford has 31 confirmed cases of COVID-19, though the mayor said it’s difficult to know exactly how quickly the virus is spreading in his city. What city officials do know, however, is that elderly populations are at particularly high risk from the virus, and New Bedford’s population “skews elderly.”

Mitchell urged seniors who live at home to stay there and take advantage of programs like Meals-on-Wheels or ask for assistance getting supplies. But for those who do live in nursing homes or other long-term care facilities, Mitchell and the Board of Public Health rolled out two new orders requiring twice-daily monitoring of the temperatures of all staff, regular checks on residents, and strict hygiene requirements.

“It’s our job to make sure these places are buttoned up so the virus doesn’t get in. It’s as plain and simple as that,” Mitchell said.

Facilities found to be in violation of the new order will be giving warnings, Mitchell said, but could face fines of $500 a day. Mitchell said he was issuing a second order putting similar requirements in place at group homes.

“When it comes to our seniors, there’s very little margin for error,” the mayor said.

Earlier this month, Gov. Charlie Baker and the Department of Public Health had already put in place restrictions, consistent with federal guidelines, prohibiting most visitors to nursing homes and long-term care facilities and requiring anyone admitted to the facility to be screened for symptoms.

Mitchell acknowledged that the social restrictions being imposed on residents were challenging, but he pleaded with people to continue to observe the recommendations.

“The objective is to slow the rate of the spread of disease and more people will pick up immunity and the cases will drop. We’re nowhere near that point so we just have to stick with it,” he said.

Mitchell said the city, as well as SouthCoast Health, were in need of personal protective equipment like other places around the state, including 20,000 N95 masks that he was working to procure.

And he said employers in the area were struggling, including the Joseph Abboud and Titleist factories, where workers had been furloughed, and the city’s restaurants that had either closed or were struggling to make ends meet with take-out business.

“Nobody’s at par right now, and it stinks. It does. But this is what we’re dealing with right now,” he said.

As for that iconic fishing industry that New Bedford is known, it is not immune either.

“April 1 is start of the scallop season,” Mitchell said, “And there aren’t that many scallopers going out because of the drop in demand.”