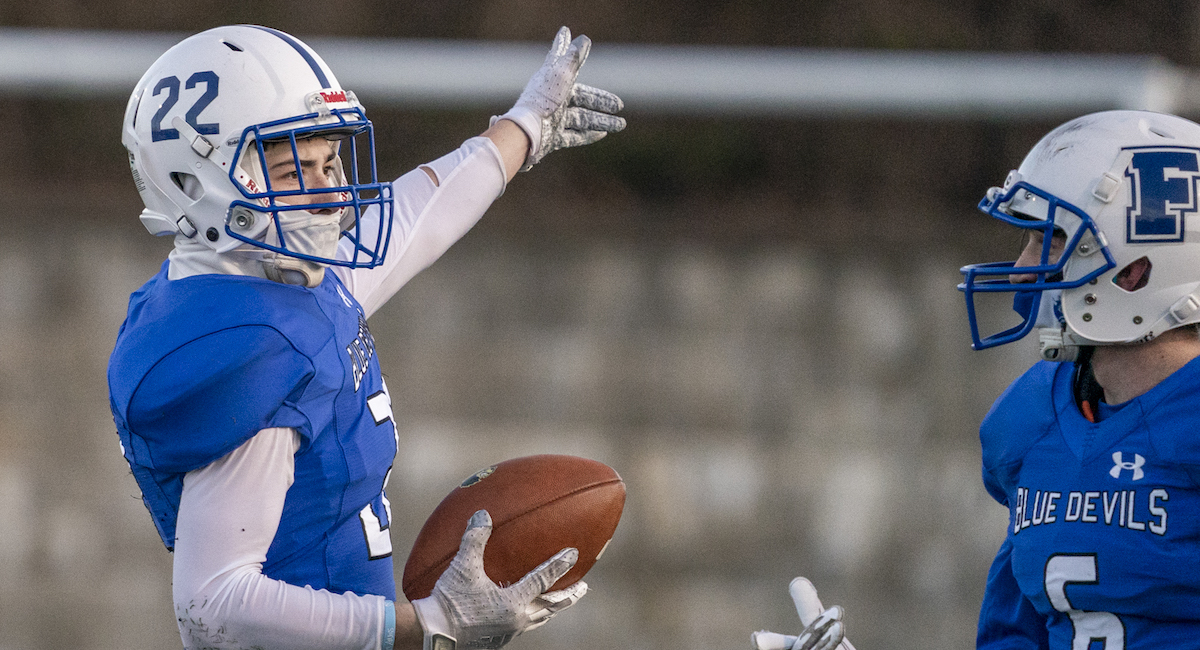 It says something that the GNB Voc-Tech football team did just about everything possible to sabotage itself — turning the ball over five times, failing to score on four trips inside the 12 and committing eight penalties — but still had the ball with 11 yards between them and a fourth-quarter tie during a 14-0 loss to Fairhaven on Friday night at McCoy Field in New Bedford.

The Bears had a total of nine possessions and only had to punt once. But quarterback Cam Lynch threw three interceptions, including a pair in the fourth quarter, and the Bears put the ball on the ground three times, losing two fumbles.

“We’re going to take a lot of time watching some film,” said Voc-Tech head coach Justin Cruz after his team’s third-straight loss to open the season. “We’ll do some self-evaluation — coaches and players both.”

Much of the offensive progress the Bears showed last week in a 17-14 loss to Old Rochester was absent this week, although the ground game had its best showing of the season, with Heiser Cacho running for a season-high 49 yards and Lynch adding 42 on the ground.

But Fairhaven’s defense, which has pitched three-straight shutouts (Case, Wareham, Voc-Tech) was the real star. Jason Motta, Dominic Ramous and Cadence Chase each picked off a pass, while Ryan Hartman and Peter Joseph Jr recovered fumbles.

“They’ve got a bunch of great athletes out there,” Cruz said. “They play that safety-net coverage and it becomes hard to throw the ball and they have guys coming inside-out and flying and making plays.”

In the end, more devastating than the five turnovers were the four times the Bears got within 11 yards of pay dirt, only to come up empty each time.

“It’s the same thing that happened last week,” Cruz said. “We were right there and it comes down to a matter of stepping the right way on a play and all 11 guys need to do the right thing and that’s not what happened.”

PLAYER OF THE GAME
Joseph, who split time at quarterback with Cam Gordon, only completed two passes, but both were good for six points. He threw a 6-yard strike to Alex DeAlmeida in the second quarter and a wild 19-yard completion to Motta that clinched the victory with 2:15 left in the fourth quarter. Joseph finished 2-for-3 for 35 yards and two scores, adding nine carries for 27 yards on the ground.

THE BIGGEST PLAY
With 7:16 left in the game, Fairhaven got the ball on the 50-yard line after a long interception return by Ramous. After nine straight runs and one penalty, the Blue Devils faced 3rd-and-12 from the 19.

Joseph dropped back and quickly lofted a ball into the end zone for Reece Antunes, who had a GNB Voc-Tech defender draped on his back. The ball bounced off Antunes and two Bears defenders each got a hand on it before Motta snatched it out of the air and got both feet in bounds for the victory-sealing touchdown.

THE GAME PLAY
Things started off well for the Bears when Joe Brightman recovered a Fairhaven fumble and ran it back 32 yards to the 3 on the second play of the game.

But after a penalty, a negative-yardage run, a 7-yard scamper by Cacho and a fumbled snap out of the wildcat formation, Voc-Tech faced 4th-and-goal from the 7. A scramble by Lynch only picked up four yards and the Bears turned it over on downs for the first of three times in the game.

After a Fairhaven punt, Voc-Tech got the ball back with only a 38-yard field in front of it. A 13-yard pass from Lynch to Cacho and an 11-yard Cacho run got the Bears down to Fairhaven’s 12-yard line. But once again Fairhaven’s defense stood strong with its back against the wall, stopping three straight runs before forcing an incomplete pass on 4th and 6 from the 8.

The Voc-Tech defense then forced a second-straight punt, but Motta’s interception gave the Blue Devils the ball early in the second quarter on the Bears’ 38-yard line. After a 27-yard run by Antunes, Joseph hit DeAlmeida for a touchdown with 5:46 left in the second quarter.
The Bears looked ready to answer with their longest drive of the day, but after 14 plays and 61 yards, they found themselves struggling in the red zone once again.

After reaching 1st and goal on the 6 after a 14-yard Lynch carry with 10.6 seconds left in the half, back-to-back incomplete passes were followed by a 5-yard run as time expired.
It only got worse from there for the Bears. They fumbled away the opening kickoff of the second half. After Cyle Bulgar recovered a fumble for Voc-Tech, the Bears soon lost their second fumble of the opening five minutes of the third quarter.

THE RECORDS
GNB Voc-Tech is now 0-3, while Fairhaven improves to 3-0.

QUOTABLE
Cruz: “Coach (Derek) Almeida has those guys rolling. Good for him. They have some athletes who came back and it seems like their system is working for them. This is what I was nervous about all day.”

THE NOTES
Voc-Tech beat Fairhaven 57-0 in 2019, riding high after a pregame speech from Jordan Todman. … Brightman, Bulgar and Jeremiah Vasconcelos all had sacks for the Bears. … Voc-Tech actually out-gained the Blue Devils in total offense, 193-190. The Bears had 98 rushing yards and 95 passing yards, while 165 of Fairhaven’s yards came on the ground. … The individual yardage leader was Voc-Tech junior wide receiver Avery Sylvia, who caught two balls for 56 yards. His 46-yard catch on a halfback pass from Cacho in the fourth quarter was the longest play of the day for Voc-Tech. … No individual rusher or passer for either team reached the 50-yard threshold. 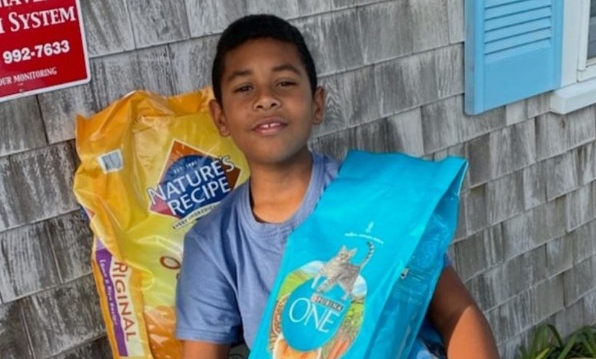 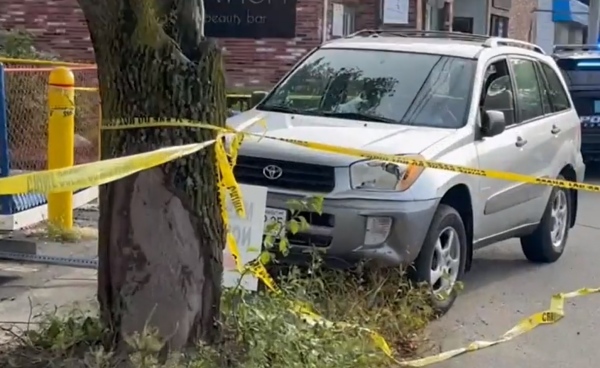 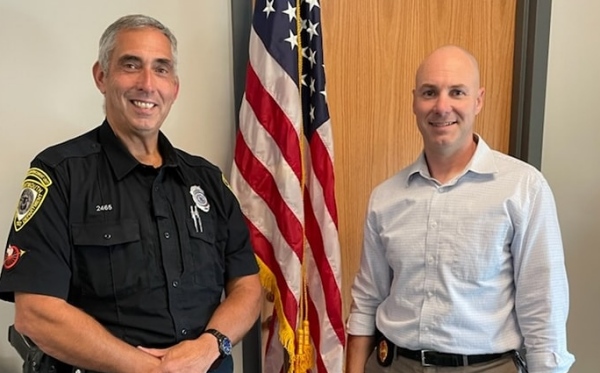