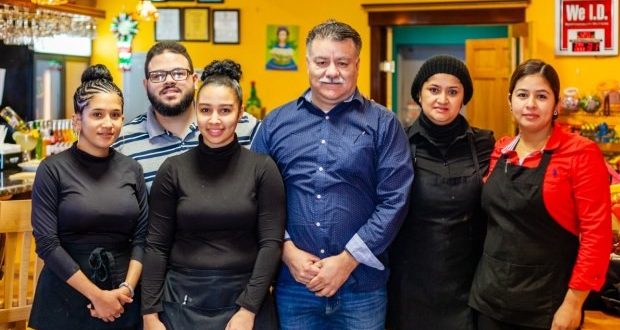 When it comes to America’s favorite cuisines, there are usually three top contenders: Italian, Chinese and Mexican food. All three have a rich tradition here and all three have contributed immensely to the melting pot identity that characterizes America’s eating habits. 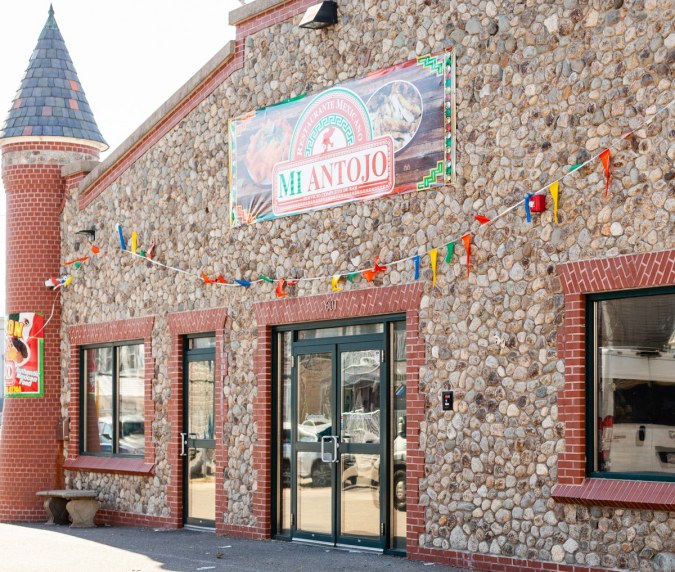 What comes to mind when someone mentions Mexican food? Most people think of taco, burritos and quesadillas and truth be told that many seldom go beyond eating those “big” three. This is a tragic loss – they are missing out on so much, especially when you consider the astounding variety of dishes, regional differences, a range from casual street food to 5-star fancy and everything in between, and even some of the indigenous influences that are creeping into many menus. It would be like saying that you love Italian food and only eating pizza, spaghetti or lasagna and never having anything else.

Ask someone where to get some good, authentic Mexican food and you may get some great suggestions, but the vast majority of them involving some driving that leaves us with a sum total of two great local spots to choose from. Sticking with the theme of threes, there is a third great local spot that many haven’t heard of in spite of the fact that it has been in New Bedford since 1996: Mi Antojo Mexican Restaurant. 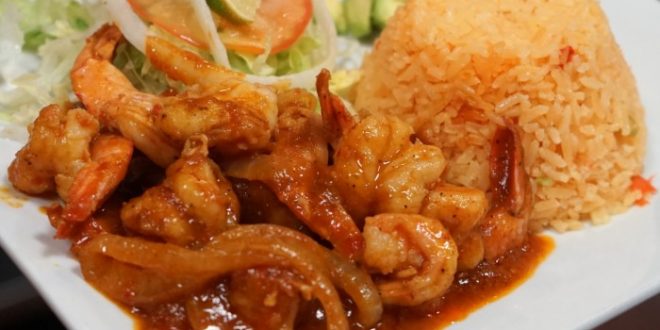 Now, as Americans, we all know the great let-down that comes when claims of “authentic” are made. The word is an abused one. I lost track of the times I’ve heard “You have to go! It’s authentic!” only to find, to paraphrase Maury, “You are not that authentic!”

This however is NOT the case with Mi Antojo! Owner, Javier Rojas moved from Mexico’s heartland, Zacatecas to the U.S. in the early 90’s and founded Mi Antojo within a year. Since then he has opened three locations and survived and thrived on word of mouth. If you hadn’t heard people ranting and raving about Mi Antojo over the years, I’d be shocked. 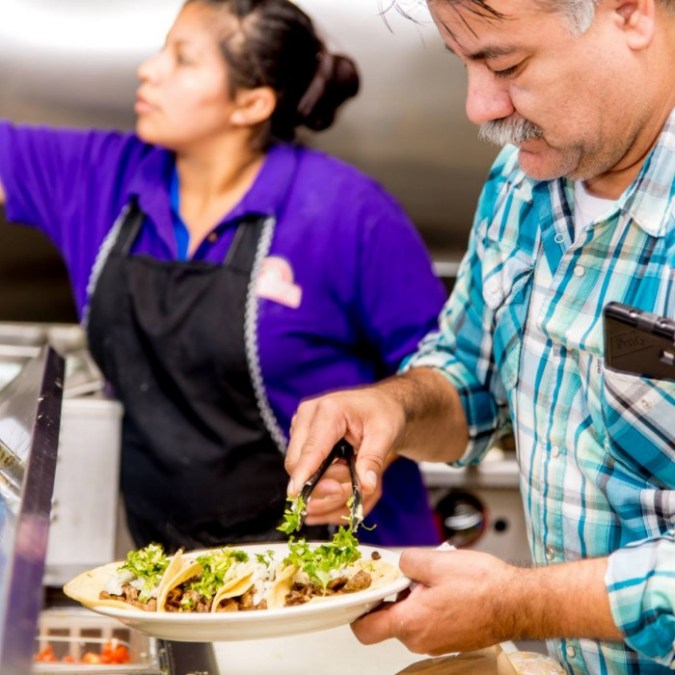 The first time I ate at their location at 113 Conway Street, I was pleasantly surprised. This particular location does mostly takeout so I was excited for a sit down experience. I had never been to the 601 S 2nd St. spot and when I pulled up and saw the large size, colorful banners, and the crafted stonework on the outside I was caught off guard. For those of you unsure where that is, in terms of landmarks it’s right next door to the Howland Green Library and New Bedford Police Station #2.

When you open the door you travel through time-space and land in Señor Rojas’ home town of Zacatecas, Mexico. Straight away you hear Spanish in various dialects – a sure sign that the food must be darn good as well as authentic if nationals from many Spanish speaking countries are regulars. The interior is an explosion of festive pastels and bright reds, yellows, oranges, and reds. The decor is an eclectic mix of traditional Mexican pottery, paintings, knick-knacks, and clay tiles. That is one inviting and warm “Bienvenidos!

The expansive dining room ends with a large service counter and beyond that, you can peek into the kitchen and see the cooks and chefs at work and the aromas wafting out were increíble. For you Margarita, Sangria, and Tequila drinkers don’t fret: there is a large bar that seats a dozen and serves everything under the Mexican and American sun. 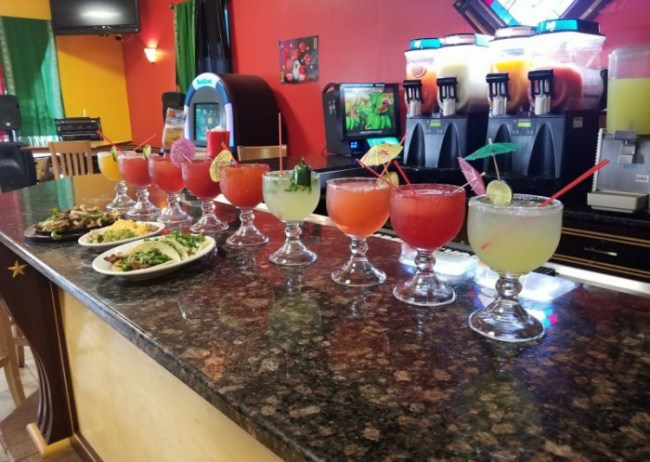 We arrived for early lunch and the dining room was already filling up, but we were seated immediately. After we sat down, in less than a minute the friendly, welcoming waitress came and we ordered our waters (yes, we’re boring) we pored over the menu and once again, I was shocked. I expected to open a menu that I would pretty much be able to guess. Tacos, burritos, fajitas, quesadillas, right? Wrong!

Not only were those items there and with many varieties, but there were also dozens of things I had never heard of. I’ve eaten at a lot of Mexican Restaurants, all over the world through the past 30 years and this menu has everything. I mean, everything.

When it comes to the quintessential Mexican fare all the standards for those of you who don’t like to rock the boat are there: 14 kinds of tacos, 6 kinds of quesadillas, 9 kinds of tortas and burritos, 7 kinds of fajitas, 7 kinds of enchiladas, and 5 kinds of gorditas. The kicker? The options: if you are not the adventurous type you can have your chicken, beef, chorizo, ham, shrimp, fish, bean or vegetarian. For those die-hard foodies you can have beef tongue, cow’s feet or tripe. Don’t be a wimp, gringo! Try it! 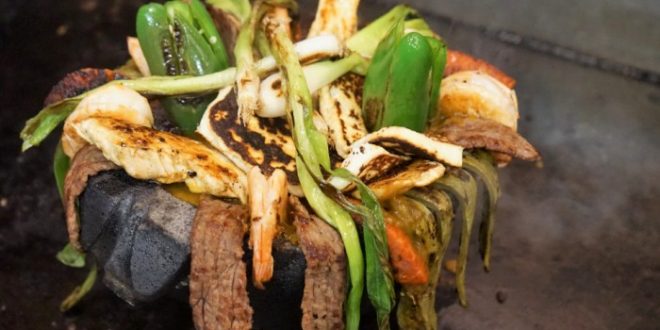 In addition, there is a large “Main Dishes” section for the kings and queens with big appetites, some amazing Cerviche options, 9 different kinds of soup and 10 types of “nachos preparados” to choose from.

For the little ones, there is a kids menu with all items between $2.99-$8.95: Chicken Fingers or Chicken Wings w/ fries or rice, and Cheese Quesadilla w/ fries or 1 taco (beef or chicken). All served with an agua fresca which is a popular Mexican drink made of water and fruit. There are also some dessert choices for them.

Hey, did you know Mexicans eat breakfast? Of course, you did but it sounds odd, right? Well, here’s a chance to broaden your horizons. Since Mi Antojo is open at 8:00 am that means you can have a hearty breakfast, one of ten different items to choose from. 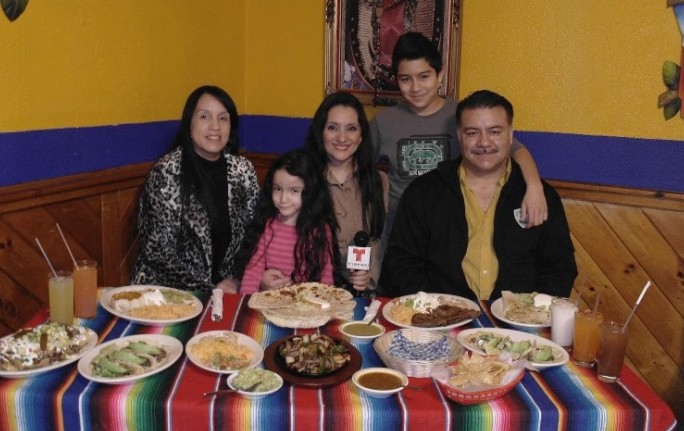 A variety of fried or scrambled egg dishes with or without green/red sauce, refried beans, Mexican cheese, tomatoes, onions and choice of ham, chorizo, sausage. If you don’t want a meal, but something lighter there’s a choice of breakfast tacos (3 to a serving), a burrito, or a quesadilla – the latter two made with scrambled egg, tomato, onion, cheese, and beans.

If you think it sounds odd to you, England is famous for its breakfast which typically substitutes home fries with mashed potatoes with fresh grilled onions and leftover vegetables, grilled tomatoes, beans, and meats. Us Americans, in fact, love a wide assortment of omelets with all the ingredients you will find in the desayuno served at Mi Antojo.

Mike opted for the tostadas de ceviche and made the mistake of thinking four would be a meal. His mistake was that three would have been a meal! The fried corn tortilla base was made fresh to order, were piping hot and topped with generous portions of ceviche – a medley of seafood marinated in freshly squeezed key lime, sliced onions, chili peppers, salt, and pepper. He dressed them with one of the 4 different sauces already at the table – a different blend of flavors and spices in a variety of heats from mild to very spicy. 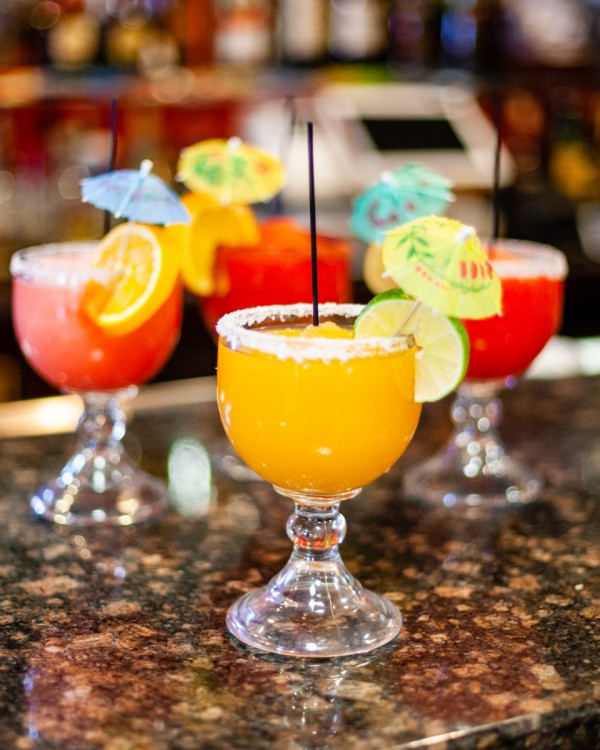 I felt it mandatory to get pupusas because I am, in fact, a pupusa connoisseur based on eating hundreds of them in my lifetime. They are one of my favorite of all Latin dishes. While pupusas are technically a Salvadoran dish, I’ve eaten them at many Mexican restaurants – when you eat one, you’ll understand why they have spread like wildfire throughout the cuisines of the Spanish speaking world.

When the “patties” arrive you may think “Oh, it’s hot, grilled bread.” However, these cakes of joy are stuffed with all manner of deliciosas: chicharrón (fried pork), beans, cheese, Revueltas (chicharrón, cheese, refried beans), or Queso con Loroco. Loroco is an edible flower found all over Mexico and Central America and the flowers and buds are used in the cuisine. Since they are affordable ($2.50), you can pick and choose so you can enjoy them all. These were hands-down some of the best I’ve ever had. If you stop in on Wednesdays pupusas are on special 3 for $3 and of course, every Tuesday is Taco Tuesday, which also 3 for $3.

The rest of the crew ordered a variety of tacos, fajitas, and their famous Molcajete Cielo Mar y Tierra. A molcajete is the stone bowl throughout Mexico in preparing many dishes that require the grinding of spices, herbs, peppers, and just about anything else. In this case, it is used to hold the absolutely massive bounty of food, the “mar y tierra,” or land and sea. The “land” refers to the heapings of seasoned and grilled beef, chicharrón, and shrimp as well as tomatoes, onions, and blackened poblanos, anaheims, serranos, jalapenos, and Queso Oaxaca which is similar to mozzarella cheese. The “sea” is the generous, large seasoned and grilled shrimp. Think of the Mexican version of a Chinese Pu Pu Platter on steroids. 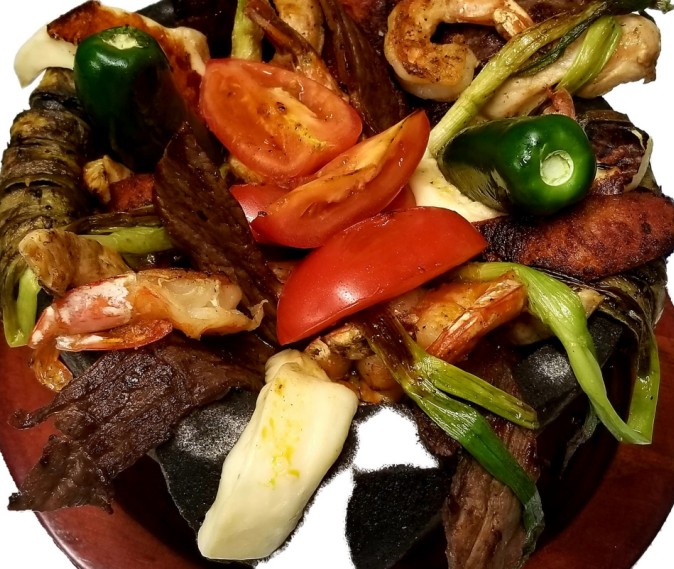 How do you know that food is good? Imagine a table full of guys and no one is talking. Well, that is where the “cielo” part comes in: cielo means heaven or heavenly and this monster-sized bowl was just that.

The portions in all the dishes we had and could see at the other tables were ample and generous, especially so when you consider how affordable the prices are. Those prices allow Mi Antojo to have a recurring theme at its corazón: a family-owned and operated restaurant that encourages families to be patrons. Tacos Tuesdays is an absolutely great introduction to Mi Antojos since you and your family can have a feast without breaking the bank.

Once bitten you’ll find yourself visiting over and again as you explore the vast menu. Mi Antojo offers a menu for all people which means if you have the fussy eater who just wants tacos, or the foodie explorer who wants to try tripe or beef tongue you can all come together in one happy place. 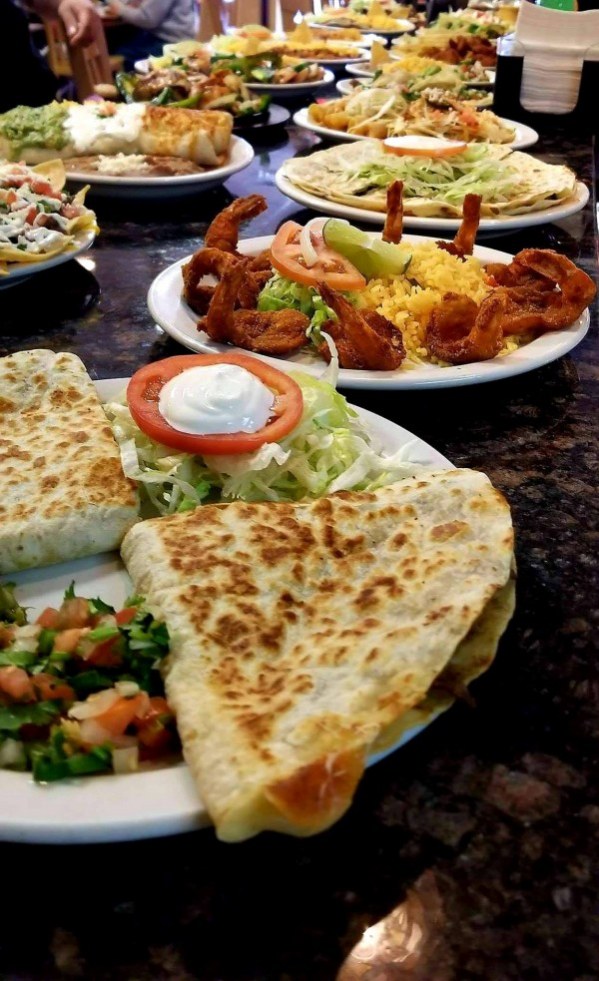 Mi Antojo, of course, offers to-go ordering – something that also seems popular with the working class and there was a steady stream of take-out orders throughout our visit. If you have a special occasion like a work party, birthday, anniversary, even a quinceañera, Mi Antojo offers catering. Servers speak both Spanish and English.

Mi Antojo brings Mexico to New Bedford with recipes handed down through generations offering traditional, quintessential Mexican dishes as well as a few breaks from tradition with some new creations.

This just became one of my new favorite spots!

See more of their mouth-watering photos on their Facebook page here. I’m warning you! Drooling ahead! 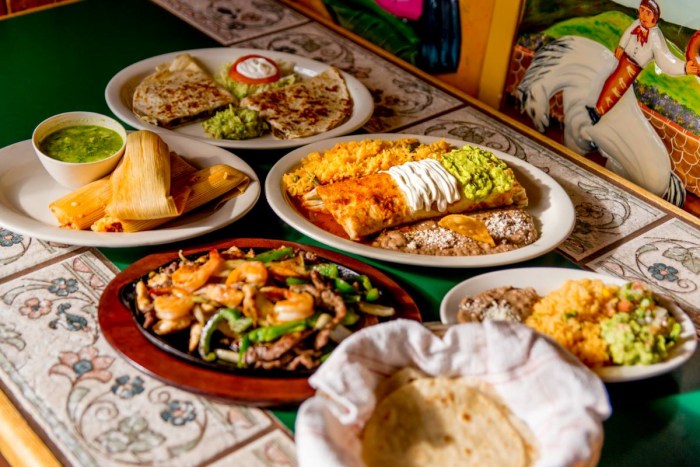 When Joe isn't writing, he's coaching people to punch each other in the face. He enjoys ancient cultures, dead and living languages, cooking, benching 999#s, and saving the elderly, babies and puppies from burning buildings. While he enjoys long walks on the beach, he will not be your alarm clock, because he's no ding-a-ling.
Previous Man Sentenced in Boston for Sending Death Threats to Dozens of Professional and College Athletes
Next OPINION: “How can kids feel safe in school if teachers aren’t drug tested?”