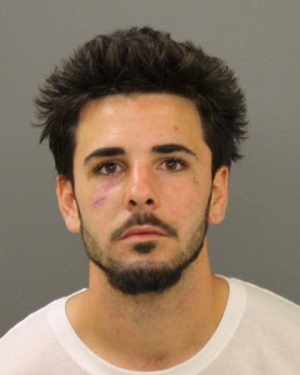 Yesterday afternoon at approximately 4:30pm south end officers were sent to the area of Division and County St. regarding a disturbance. Upon arrival they observed a 53 year old New Bedford man bleeding from the face area. He was transported by ambulance to St. Luke’s Hospital with minor injuries.

Witnesses stated that a male had walked up to the victim and punched him in the face. When the victim fell to the ground, the suspect stole his wallet and fled in an easterly direction. A group of unknown males chased the suspect and he discarded the wallet. They then returned it to the victim.

A short time later, Officers Antonio Pereira and George Lozado found the suspect walking in the area of So. First St. and Blackmer St. He was taken into custody without incident.

Scheduled to be arraigned this morning in New Bedford District Court;

Previous Public invited to panel discussion on design and innovation in fisheries
Next Stolen .357 revolver recovered, $20,357 in cash in New Bedford