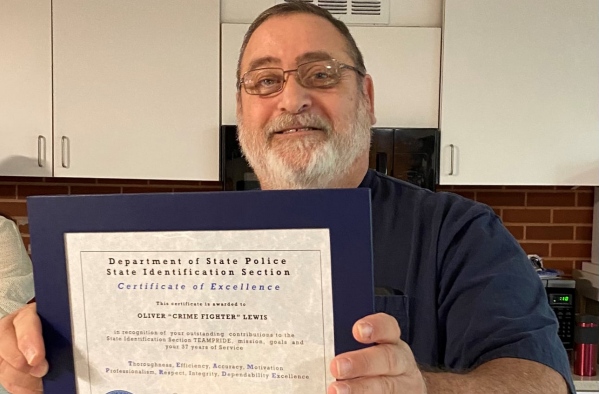 “On Wednesday, November 17, 2021 the State Identification Section gathered to honor Oliver Lewis and his 37 years of service to the MSP. Oliver is retiring from public service this Saturday November 20.

Oliver’s hard work, dedication to public safety, and welcoming personality has persisted throughout his career and will be missed within the State Identification Section. Oliver started his career with the MSP on April 29, 1984 as an Identification Clerk in the Firearms Records Section. 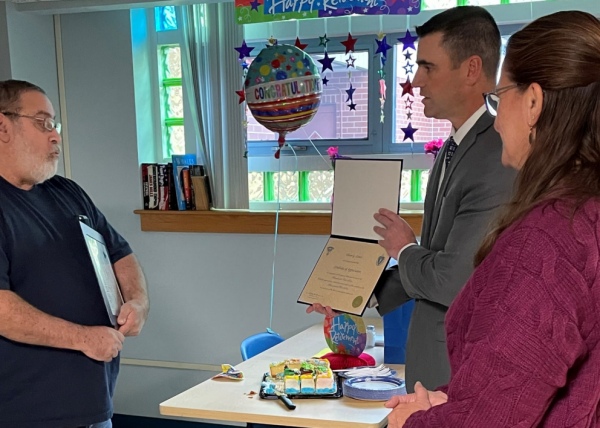 He then moved on to a Dispatcher position in July of 1985 at 1010 Commonwealth Avenue in Boston.

Major Mark Cyr also presented Oliver a Certificate of Appreciation for his 37 years of service on behalf of Colonel Mason. While Oliver will be missed, everyone at the State Identification Section wishes him well as he enjoys his well-deserved retirement. Congratulations to Oliver!” 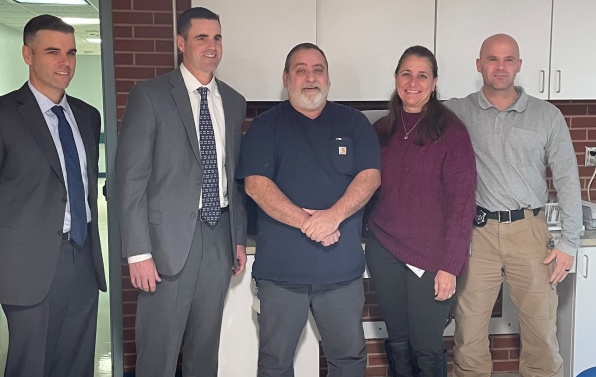