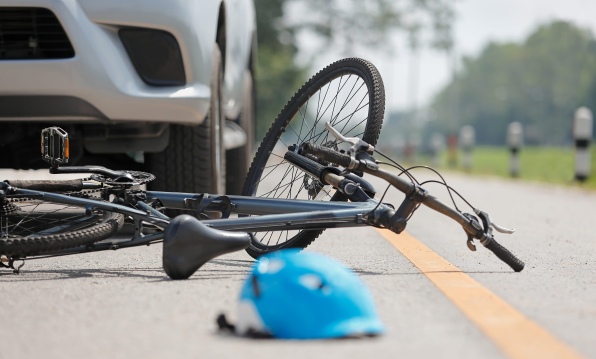 At approximately 3 p.m. today Massachusetts State Troopers assigned to the Milton Barracks responded to reports of a truck that was involved in a collision with a bicyclist on Blue Hills Parkway at Eliot Street in Milton. The crash resulted in the fatality of the bicyclist.

Preliminary investigation by State Police-Milton indicates that a large utility truck was traveling northbound on Blue Hills Parkway taking a right onto Eliot Street when it made contact with the bicyclist. The 62-year-old male operator of the truck was transported to an area hospital. The bicyclist was determined to be deceased on scene. She has been identified as a 70-year-old woman from Dorchester. Her name is not being released at this time.

The crash remains under investigation by Troopers assigned to the Milton Barracks with assistance from the Troop H Detectives, State Police Collision Analysis and Reconstruction Section, and the State Police Crime Scene Services Section.

The crash resulted in lane closures for several hours to accommodate a thorough investigation. Troopers were assisted by Milton Police, Milton Fire, and Fallon EMS. The scene was cleared at 7:20 p.m.