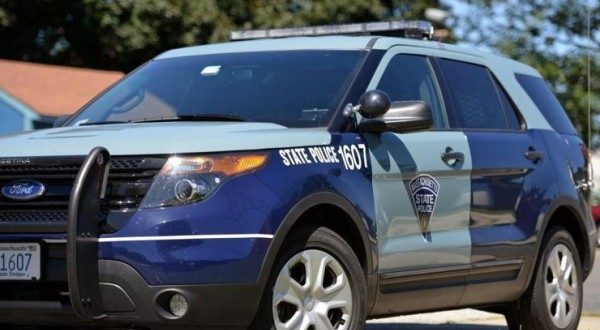 An observant motorist and State Troopers working a detail this morning located two children who were missing in Boston.

At about 9:15 a.m., Trooper Brian Donaghey and Trooper Justin DeLosh were working a detail on Gallivan Blvd at Morton Street in Boston when a motorist stopped and reported that she believed she recognized a child at the bus stop nearby who fit the description of a 14-year-old who was reported missing by Boston Police.

The troopers approached the juvenile, received his identifying information, and confirmed with dispatch that this was that missing child. They reached out to BPD, who arrived on scene and transported the juvenile to school.

At about 10:00 a.m. at this same location, Trooper Donaghey heard a Be-On-The-Lookout (BOLO) on the radio regarding another missing child, this one being seven years old. The trooper thought that he saw the child walking down the street so he left his post and circled the block in an effort to investigate.

The trooper didn’t immediately find the child, but when he got back to his post and reported his search to Lieutenant Mark Lombardi, who was also working the detail, he was told by Lieutenant Lombardi that he saw a child fitting that description nearby and within sight. The trooper approached the child, determined that he was that missing child, and contacted BPD who transported the child home safely.