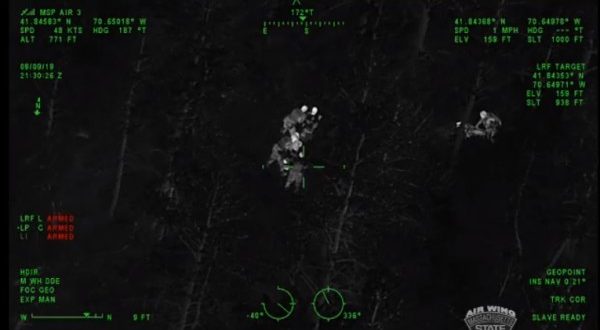 “Yesterday at about 2:30 p.m., two juveniles escaped from a Department of Youth Services facility and fled into a heavily wooded area in Plymouth.

Trooper Richard Boulos and Trooper Gregg Spooner of the Massachusetts State Police Air Wing located the juveniles about one and a half miles from their last known location utilizing FLIR (forward-looking infrared) technology, which is mounted to the helicopter.

Troopers in the helicopter were able to direct troopers, an MSP K-9, local officers, and members of the Plymouth County Sheriff’s Office to their location, where they were then taken into custody.” -Massachusetts State Police.