“Congratulations to Trooper Elkin Arredondo (left) upon his retirement from the Massachusetts State Police after 29 years of service.

Trooper Arredondo was a graduate of the 71st Recruit Training Troop and among his assignments, served in the Gang Unit and the Air Wing. Best wishes Elkin. 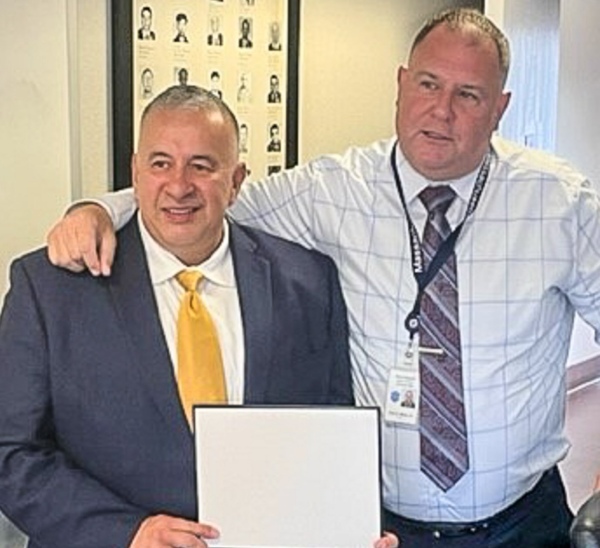