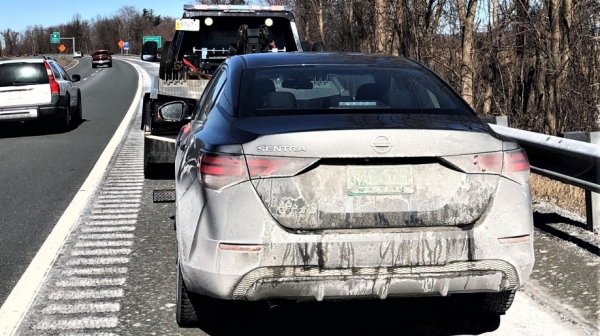 On Tuesday shortly before 1:30 p.m. Trooper Tyler Hersom, assigned to State Police-Northampton, was monitoring traffic on Route 91 in Northampton. At that time he observed a gray Nissan sedan, with an unreadable license plate, pass his location. He pulled into traffic and proceeded to catch up to the vehicle, then activated his blue lights and initiated a traffic stop.

Upon the vehicle stopping Trooper Hersom approached it and identified the operator as HARRY SANBORN, 46, of Chelsea, Vt., then requested his license and registration. Trooper Hersom conducted an RMV inquiry of SANBORN’s information and discovered that his Vermont driver’s license was suspended. Trooper Hersom requested a tow truck to respond to the scene and removed SANBORN from his vehicle then placed him in handcuffs. During a pat-frisk of SANBORN’s person Trooper Hersom felt what he suspected to be a glass pipe commonly used in the consumption of illegal narcotics, then located a small amount of a substance suspected to be crack cocaine. Additional cruisers then arrived on scene to assist

SANBORN was placed in the rear of a cruiser while Troopers conducted an inventory of the vehicle’s contents prior to it being towed from the scene. During the inventory Troopers located a brown paper bag with approximately 900 wax packets each containing a small amount of a substance suspected to be heroin. These packets weighed a combined 18 grams. The bag also contained three separate baggies of a substance suspected to be crack cocaine weighing a combined 47 grams.

SANBORN was transported to the Northampton Barracks for booking. A bail commissioner was contacted and set bail at $25,000. He was scheduled for arraignment at Northampton District Court on the following offenses: 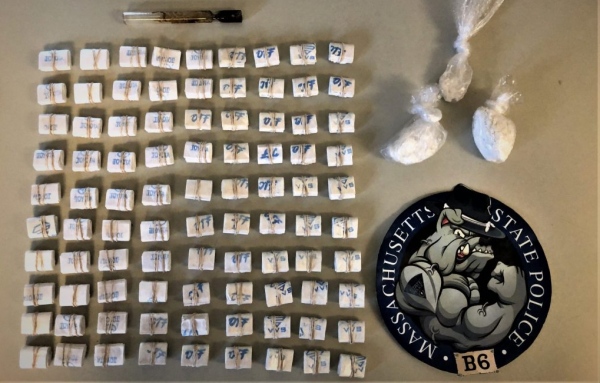 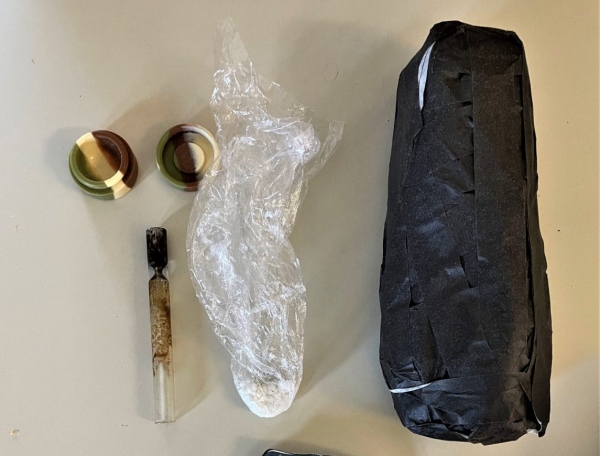