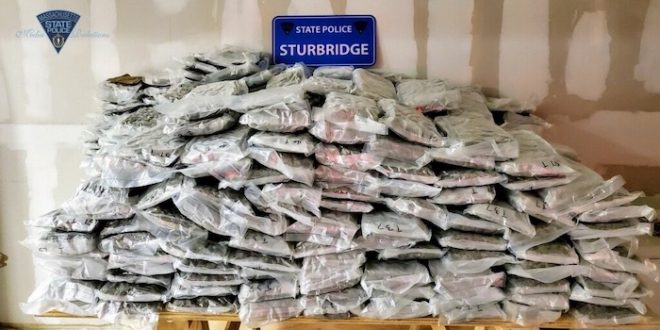 The attorney general and cannabis regulators don’t think that Massachusetts needs new criminal penalties for violations of the state’s marijuana laws, but the offices recommended three ways the Legislature could clarify the law and crack down on the illicit market.

The marijuana legalization law, as rewritten and passed by the Legislature in 2017, required Attorney General Maura Healey and the Cannabis Control Commission to jointly study the “advisability of establishing criminal penalties for violations” of the new law. Both agencies reported this week that their offices “do not advise establishing any additional criminal penalties at this time” given “the broad range of available criminal and civil penalties available under existing law.”

Healey and the CCC said Massachusetts has installed a “robust regulatory structure” to put guardrails on licensed marijuana businesses and enforces its criminal penalties against people engaged in illegal marijuana activities.

“We acknowledge, however, that the continued prevalence of the illicit market remains a problem — both in our state and across the country — that presents significant risks to public health and public safety, diverts tax money from the Commonwealth, and undermines the legal marijuana industry,” Healey and the CCC wrote in the joint report filed with the Senate clerk’s office Tuesday. “Accordingly, our recommendations aim to clarify the application of existing laws to address illegal activity, and to provide additional civil enforcement tools and resources to address the illicit market.”

The offices suggested that the Legislature clarify the marijuana law to make it clear that licensed marijuana businesses cannot claim immunity from prosecution for things like diverting marijuana to the illicit market or operating beyond the scope of their CCC-issued licenses.

“While as a result of decriminalization and legalization, licensed individuals and entities cannot be prosecuted for engaging in lawful activities, it is also true that they are not immune from prosecution for criminal activity,” they wrote.

The CCC and attorney general said a “critical component” of their joint recommendations is giving the Department of Revenue the ability to collect all possible forgone tax revenue from businesses engaged in illegal or unlicensed marijuana sales.

“While DOR currently has authority to assess unpaid sales tax on marijuana sales by unlicensed entities, extending this authority to the excise and local option tax will significantly increase the amount of assessments and thus have a broader deterrent effect,” they wrote. “Such a change in the law will also allow DOR to utilize its full range of enforcement powers to recoup the lost tax revenue owed to the Commonwealth and its municipalities in sales, excise and any applicable local option tax.”

Legal marijuana sales are subject to the state’s 6.25 percent sales tax, a 10.75 percent marijuana-specific excise tax and a local option tax of up to 3 percent.

Finally, the CCC and attorney general recommend that Massachusetts establish a task force that could coordinate state agency efforts focused on “recouping tax revenue lost to illicit sales and protecting public health from the risks of unregulated and untested illicit marijuana products.”

The idea is similar to a proposal (H 4168/SD 2387) made by Rep. Hannah Kane and Sen. Michael Moore to create a task force to conduct investigations into illegal marijuana sales and establish an alternative to prosecution that would allow for illegal sellers to be taxed instead of charged with a crime.

“The AGO and the Commission welcome the opportunity to work with the Legislature as they consider these proposals,” Healey and the CCC said. “In particular, we encourage the Legislature to consider the critical issue of a funding mechanism for the Task Force, which could include an expenditure from the Marijuana Regulation Fund or a dedicated line-item budget appropriation. For any Task Force to be successful, it must be well-resourced and come with adequate funding to support the investigatory and enforcement resources necessary to carry out its mission.”

That legislation, the House version of which was relegated to a study by the Cannabis Policy Committee earlier this month, was intended to target sellers operating like a legal business, but without a license. That could include smoke shops selling marijuana on the side, or pot dealers with websites and a network of delivery drivers.