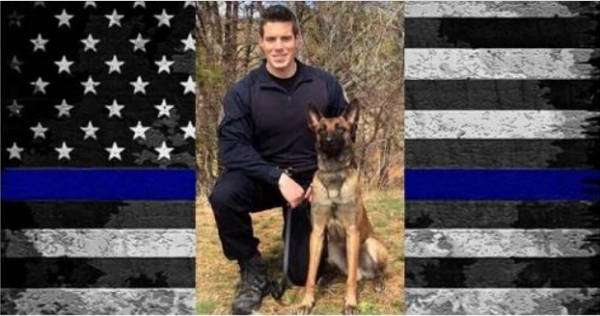 “A few minutes ago a Barnstable Superior Court jury ensured justice for the family of slain Yarmouth Police Department Sgt. Sean Gannon and his wounded K9 partner Nero, returning a guilty verdict on a charge of second-degree murder and six other indictments against Thomas Latanowich.

Jurors followed the facts and evidence outlined during an excellent trial presentation by the office of Cape and Islands District Attorney Michael O’Keefe. We commend and thank the investigative and prosecution team that secured justice for Sgt. Gannon and Nero.

We are proud of the strong and tireless work done by local police and Troopers, including Yarmouth Officers and our MSP homicide detectives, our Crime Scene Services Section, and our Ballistics Unit.

No verdict can return Sgt. Gannon to his family and his Department. But we hope those who knew Sean, and whose love for him will always endure, take what comfort they can find in knowing that the violent criminal who killed him and wounded his dog has been held accountable for his despicable and cowardly act.
#justice
#SeanGannon
#K9Nero”-Massachusetts State Police.