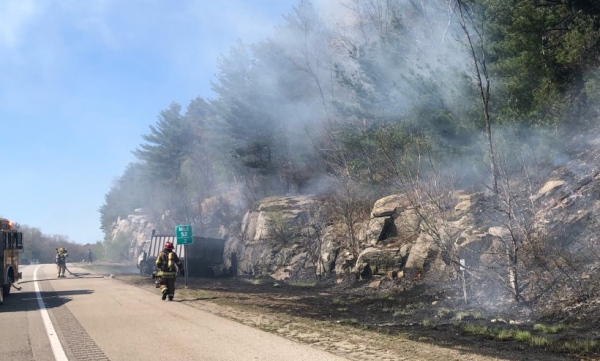 “Massachusetts State Police in Millbury responded to a truck fire on Route 495 North in Milford.

The driver kept attempting to go back to get his belongings until a Trooper told him to stop and had him stand behind the cover of a Good Samaritan pickup truck that had pulled over nearby. The fuel tank blew up less than 30 seconds after the Trooper moved him away from the truck.

The fire spread quickly up the rock wall, but Milford and Hopkinton fire were on the scene.

It’s moments like these that remind us how important our members are – they truly save lives in the blink of an eye.” -State Police Association of Massachusetts.