“It is with great sadness that we announce the passing of retired Massachusetts State Police K9 Tippett on April 9 after a brief serious illness. Tippett’s End of Watch came at home, surrounded by his beloved family – former handler Sergeant Gregory Keane and family – and his favorite toys. He is deeply mourned by both of his families, the Keanes and the Massachusetts State Police.

Sergeant Keane offered his memories of the partner and pet he and his family loved. 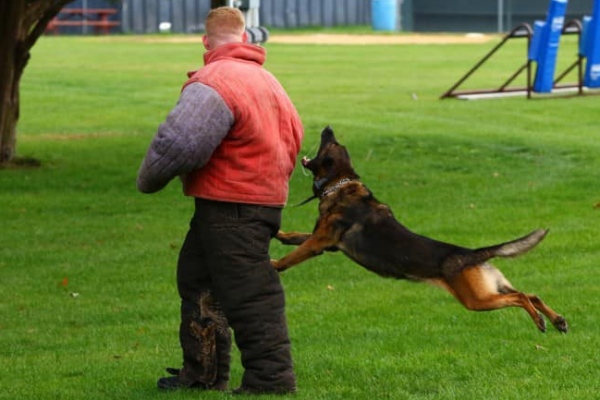 “Tippett became a member of the Massachusetts State Police canine unit in 2009. He was one of the first dual-purpose patrol and firearm detection dogs for the unit. During a career that lasted nearly nine years, he was involved in major cases such as the Boston Marathon bombing, various high profile cases out of Bristol County, a Plymouth County homicide investigation in which he located pertinent evidence, and the discovery of a firearm that was used to injure a police officer. Tippett conducted numerous protective sweeps for dignitaries and searches of schools and judicial buildings. Tippett also located many suspects who fled from local, state, and federal law enforcement partners.

“More importantly he participated in many search and rescue missions for lost children, elderly people, and emotionally disturbed persons, bringing many home safely.

“For years Tippett was an annual fan favorite at the Massachusetts State Police Chase held at General Headquarters. He was also a fixture at Gillette stadium during Patriots season, patrolling and providing public safety. 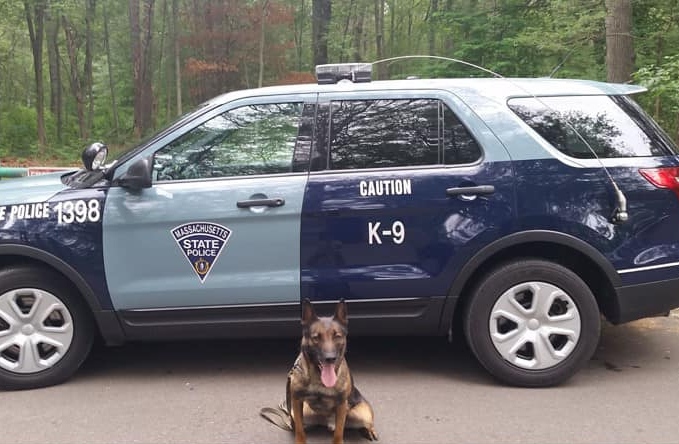 “When he retired, one of my greatest concerns was how would he adapt as a household pet. His energy, drive, and tenacity for work – all of which he was known for – might be too much in the house with my family. But, as always, the ability to learn and adapt that made him so special during his working career allowed him to settle and coexist in the house effortlessly.

“Tippett became a regular on the couch, a coffee buddy, a bed hog, a great co-pilot on road trips, and a friendly companion to anyone that visited our house. With a loud bark and wagging tail, he would greet you by dropping his toy at your feet or in your lap. I watched him bond with kids and adults, and even with those who didn’t care for dogs, he could coerce them to throw his toy!

“I was fortunate that I was able to work with a partner like Tippett. I had thought he gave everything during his working career. I was wrong. He had so much more to give to my family during his three years of retirement. Tippett made tough days better, busy days balanced, and life a little simpler. We are going to miss the 5 a.m. rib kicks letting us know it was time for breakfast.