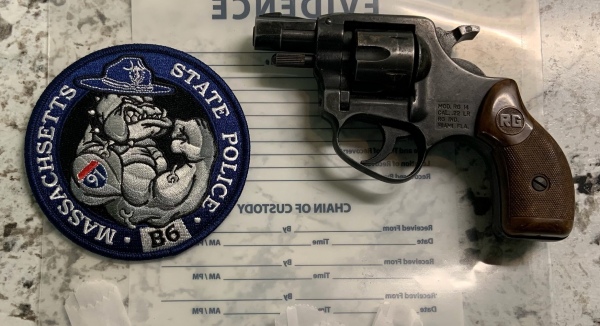 “Shortly after midnight on January 11, Troopers Dalton Boglisch and Edward Brunton, assigned to State Police-Northampton, were patrolling Route 91 northbound in Hatfield. At that time, they observed a gray Audi sedan with out-of-state license plates that expired more than one year ago. Trooper Boglisch activated the cruiser’s blue lights and stopped the vehicle at the 29.4 mile marker.

Upon the vehicle coming to a full stop, the Troopers approached it and informed the operator why he was stopped. They were not able verify if the operator, eventually identified as JAMES WATKINS, 31, of Lyndonville, Vt., had a driver’s license.

WATKINS was removed from the vehicle in order to conduct an inventory of its contents prior to it being removed from the scene due to the expired registration. Once he was removed, a computer inquiry confirmed WATKINS did not possess a driver’s license and he was placed under arrest. During the inventory of the vehicle, Troopers located approximately 25 wax baggies containing a powdery substance suspected to be Heroin.

At this point the vehicle inventory turned into a search, which yielded a .22 caliber revolver. WATKINS does not possess a license to carry firearms.

WATKINS was transported to the Northampton Barracks for booking. A bail commissioner was contacted and set bail at $10,000. He was scheduled for arraignment at Northampton District Court on the following charges: 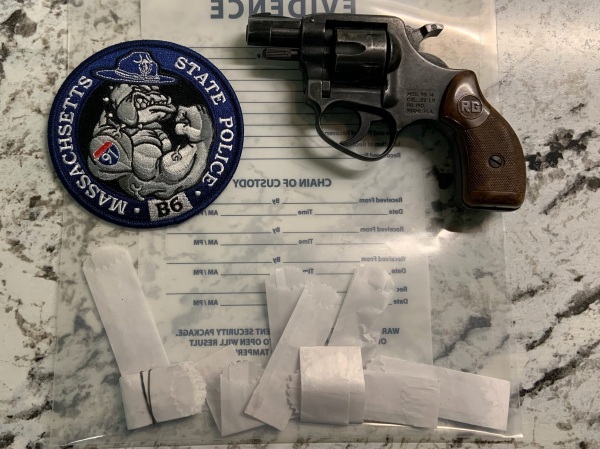