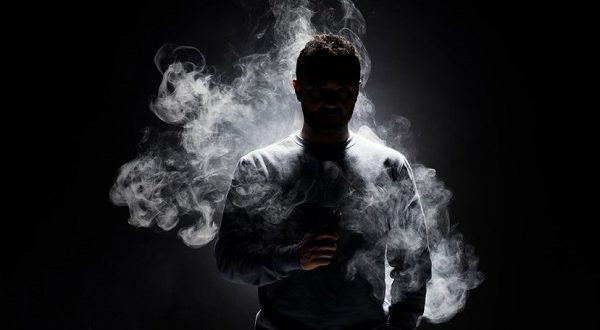 The Massachusetts Department of Public Health (DPH) Monday reported five additional cases of vaping-associated pulmonary injury – two confirmed, three probable – to the US Centers for Disease Control and Prevention (CDC), bringing the statewide total of reported cases to 10. Five of the cases are confirmed and five are considered probable for meeting the CDC’s definition of vaping-associated lung injury. To date, 83 suspected vaping-related pulmonary cases have been reported to DPH since September 11.

Among the 10 confirmed and probable cases, most patients are under the age of 20 (50 percent) and between the ages of 40 and 49 (30 percent). The remaining 20 percent are between the ages of 20 and 39. In contrast to national cases, 7 of the 10 Massachusetts cases are female. Eight out of the ten (80 percent) cases have been hospitalized.

Vaping tetrahydrocannabinol (THC), an ingredient found in marijuana, was reported in half of the 10 cases – while vaping THC and nicotine were reported in 40 percent of the cases; the remaining 10 percent reported vaping nicotine only.

Public Health Commissioner Monica Bharel has mandated that Massachusetts clinicians immediately report any unexplained vaping-associated lung injury to the department. Of the 83 suspect cases reported to DPH, 51 are still being investigated, with Massachusetts DPH officials collecting medical records and conducting patient interviews. Twenty-two cases did not meet the official CDC definitions. The other 10 were reported to the CDC.

With the number of suspect cases rising statewide and nationally, Governor Charlie Baker last week announced a public health emergency and a four-month statewide ban on sales of all vaping products in Massachusetts. The sales ban applies to all vaping devices and products, including those containing nicotine or cannabis.

“While no one has pinpointed the exact cause of this outbreak of illness, we do know that vaping and e-cigarettes are the common thread and are making people sick,” Commissioner Bharel said. “The information we’re gathering about cases in Massachusetts will further our understanding of vaping-associated lung injury, as well as assist our federal partners.”

The Massachusetts cases are among the hundreds of cases the CDC and the Food and Drug Administration are currently investigating as part of a multi-state outbreak of lung disease that has been associated with the use of e-cigarettes or vaping products, including devices, liquids, refill pods, and/or cartridges.

As of last week, 805 confirmed and probable cases of lung injury associated with e-cigarette product use or vaping had been reportedto the CDC by 46 states and the U.S. Virgin Islands. Those cases included 12 deaths in 10 states (CA (2), GA, FL, IL, IN, KS (2), MN, MO, MS, OR).

More than two-thirds of patients nationally are male. The median age of cases is 23 years, with about 62 percent of patients between the ages of 18 and 34, according to the CDC. Many of the patients reported recent use of THC-containing products, while some reported using both THC and nicotine products. No single product has been linked to all cases of lung injury.

As a result of Massachusetts’ public health emergency, the Commonwealth implemented a statewide standing order for nicotine replacement products that will allow people to access over-the-counter-products like gum and patches as a covered benefit through their insurance without requiring an individual prescription, similar to what the Baker Administration did to increase access to naloxone, the opioid reversal medication. Individuals who are vaping are encouraged to call the Massachusetts Smokers’ Helpline at 1-800-QUIT-NOW or visit makingsmokinghistory.org or Mass.gov/QuitVaping to connect to treatment.

Also this week the state is relaunching two public awareness campaigns, “Different Products, Same Danger” and “The New Look of Nicotine Addiction, aimed at educating parents and middle and high school-aged youth about the dangers of vaping, which will appear on social media channels and billboards statewide. More information on both campaigns is available at getoutraged.org. Materials are also available for download on the Massachusetts Health Promotion Clearinghouse website.

DPH also has guidance for local boards of health, health care providers, and retailers on its website at mass.gov/vapingemergency.