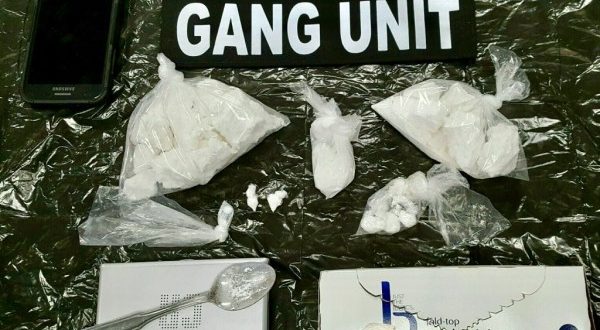 On Friday, members of the Massachusetts State Police Gang Unit applied for and received a search warrant for a residence located on North Precinct Street in Lakeville based upon probable cause that a resident was illegally selling controlled substances. The target of the investigation was 39-year-old BRIAN MACLAY.

On Sunday at about 4:35 p.m., members of the Southeastern Massachusetts Gang Task Force, along with a State Police K-9 trooper and Lakeville Police Detectives, arrived at the residence and observed MACLAY leave in a vehicle. They conducted a motor vehicle stop on Richmond Street in Lakeville and placed MACLAY under arrest for operating a motor vehicle on a suspended license. During their encounter with MACLAY, it was determined that he was in possession of a quantity of a substance believed to be cocaine.

Investigators then executed the search warrant on the North Precinct Street residence and discovered additional quantities of a substance believed to be cocaine, two pills believed to be the drug Percocet, and paraphernalia consistent with illegal narcotic sales.

MACLAY was booked at the State Police Barracks in Middleboro on the following charges: