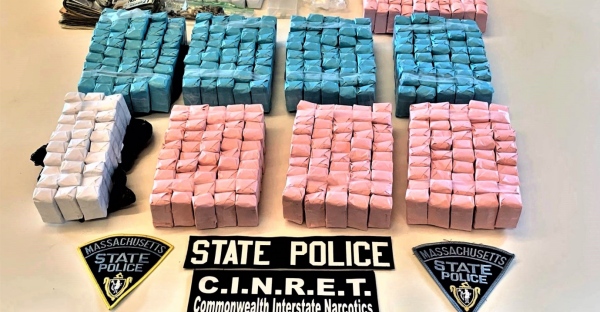 “During the past several months the Massachusetts State Police Commonwealth Interstate Narcotics Reduction Enforcement Team (CINRET West), the Department of Homeland Security Investigations, FBI / MSP Western MA Gang Task Force, and the Holyoke Police Department have been investigating the suspected distribution of Heroin from a residence in Holyoke.

Based on the investigation, a Holyoke District Court search warrant was issued and for that residence and included a named target DONIVAN BROOKS, 28, of Holyoke.

Shortly after 6 a.m. today the above units and departments joined Massachusetts State Police Violent Fugitive Apprehension Section and DEA Springfield to execute a search warrant at that residence which resulted in the seizure of the following evidence:

While on scene Troopers and Officers conducted an inquiry of another occupant in the residence, identified as ALVIN HEARD, 35, of Holyoke. The inquiry confirmed HEARD had two active warrants for his arrest out of Holyoke and Chicopee District Courts.

Both BROOKS and HEARD were placed under arrest and transported to the Holyoke Police Department. Both the case and investigation remain ongoing at this time. BROOKS was charged with the following offenses: