The State Police-Revere Barracks recently received a call reporting that a seal was potentially stranded on Winthrop Beach. Massachusetts State Troopers Carlo Mastromattei and Pasquale Zollo responded to do a well-being check and located the seal resting on the rocks.

The animal did not appear to injured, sick or in distress.

After consulting with Winthrop’s Animal Control Officer, who soon arrived on scene as well, the decision was made to leave the seal alone, as he would most likely return to the ocean soon.

The Troopers left and periodically checked on the seal, and sure enough, a few hours later, the beautiful animal made his way back into the friendly waters off the Winthrop coast. We were grateful for the visit.” 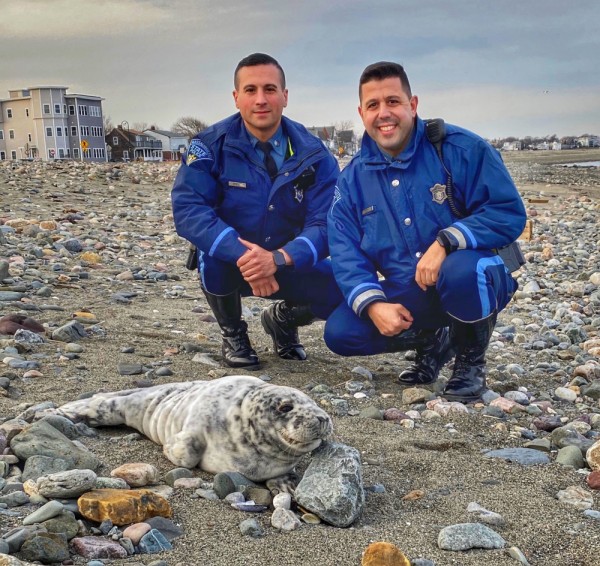