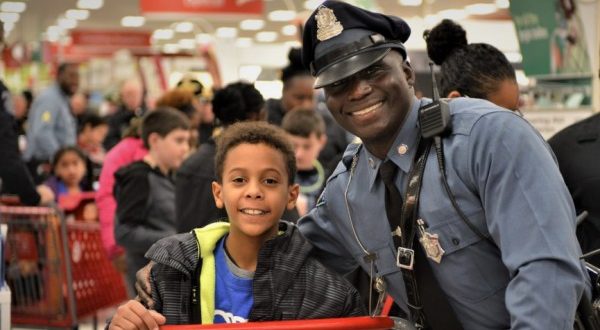 First, all those participating were served a pizza dinner at the Leahy-Holloran Community Center in Dorchester then received a police escort to Target where the fun began! This event paired up police officers with over six hundred deserving children from every neighborhood in Boston to pick out special holiday gifts. It is funded by the Boston Police Activities/Athletics League (PAL), Target and several other charitable organizations.” -Massachusetts State Police. 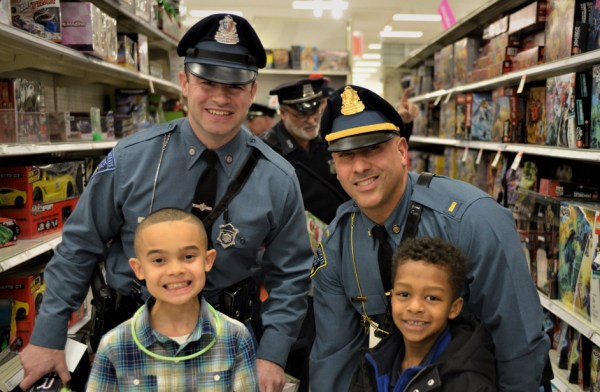 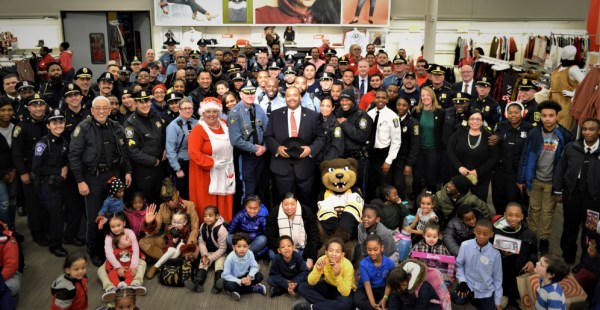