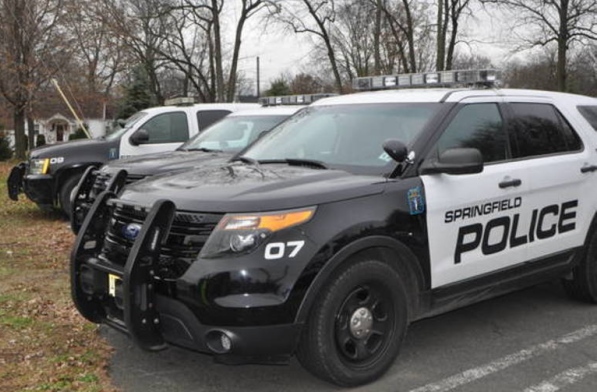 At 8:30am on Sunday, Springfield police responded to a report of a man with a knife who had threatened a victim.

Upon arrival, police found 23-year old Orlando Taylor brandishing a knife and becoming confrontational with the two officers on scene. The officers repeatedly ordered Taylor to drop his weapon. In spite of the orders, Taylor then charged one officer, a nine-year department veteran and a military veteran, stabbing him in the face.

After being stabbed, the officer fired his service pistol twice striking Taylor who collapsed.

Taylor was treated at the scene before being taken to Baystate Medical Center where he was pronounced dead.

The stabbing was captured by both officers’ body-worn cameras as well as surveillance video.

“We are extremely lucky today that we are not here to discuss a police officer killed in the line of duty,” Police Commissioner Cheryl Clapprood said. Mayor Domenic Sarno at a press conference said “In my eyes, unfortunately, it was justified. Deadly force was used against one of our officers and in turn the officer, unfortunately, had to use deadly force to keep other individuals from being hurt and or murdered.”

Both officers, per protocol, have been placed on paid administrative leave. The shooting is under investigation by the police department and the Hampden district attorney’s office.

Served 20 years in the United States Air Force. Owner of New Bedford Guide.
@NewBedfordGuide
Previous Massachusetts Society for the Prevention of Cruelty to Animals responds to report of injured Serval
Next Wareham Fire Department responds to injured worker who had fallen at water pollution control facility