“Yesterday, the Massachusetts State Police Mounted Unit said goodbye to its longest-tenured member, a 24-year-old Clydesdale/Hackney cross named Magnum. If that name sounds familiar to you, it should. Over his 21 years as a member of the Mounted Unit Magnum has seen and done it all, from all corners of the state of Massachusetts to as far away as Washington D.C.

Magnum has been a mainstay at everything from daily patrols of the state’s beaches and parks to summer camps and parades, large-scale events at Gillette Stadium, the Esplanade, and various other venues. During all of those duties, Magnum became a favorite of the public no matter where we were. He touched a lot of lives and he probably never realized the joy he brought to so many over those years. 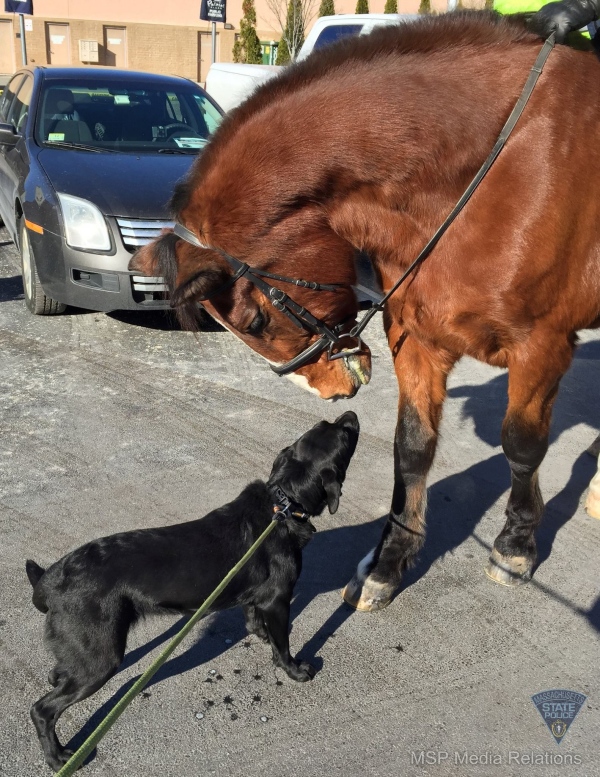 At a Patriots game, EOD K-9 “Diana” had the opportunity to meet “Magnum.” Both are great assets to the State Police team. Massachusetts State Police photo.

Magnum came to the State Police Mounted Unit as a 3-year-old gelding through of all things a trade of horses between 2 Mounted Units. Needless to say that Magnum was the crown jewel of the trade. Magnum immediately established himself as the go-to horse of the fleet. Steady and strong, Magnum showed his worth time and time again, event after event, year after year. It was like he was born to do this type of work. If a Mounted Unit could build a prototype of the perfect horse to lead their unit, it would be Magnum. “ Bombproof” is a horse term that can be thrown around loosely at times, but with Magnum, it was the absolute perfect description.

These accolades may sound like hyperbole to some, but to those who had the distinct pleasure of having Magnum under saddle over the last 20 plus years, truer words could not be spoken. Magnum was a kind and gentle soul when the situation allowed, always being a prince for young children and adults alike. But when the lights come on and the Unit had to be at the ready Magnum was in front leading the charge. The rider always knew that if Magnum was there, the job would get done. His calm demeanor under all kinds of pressure would give comfort to the horses around him and help him to complete any mission. 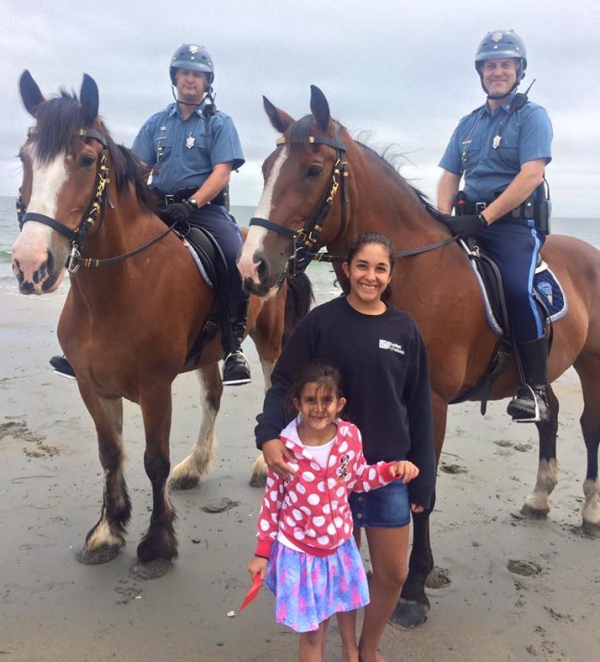 Magnum has trained well over 100 Troopers in his years with the Unit. With every young Trooper that entered the Unit training program over the years, Magnum challenged each one from the first time you threw a leg over. What seemed like a horse having his way with you was in fact a horse teaching you to get the best out of yourself. No small feat, but he made many a solid mounted Trooper throughout his career.

In the last couple of years, our mainstay has begun to slow after years of carrying rider after rider after rider. As like everything Magnum did leading up to his last days, he took it all in stride, with his calm and loving demeanor never wavering. A kind and gentle giant who will always be remembered fondly by all of the Unit members that have come through our facility, and by the public as well.

Magnum, rest easy pal. You’ve earned it! Your paddock in the heavens awaits.” 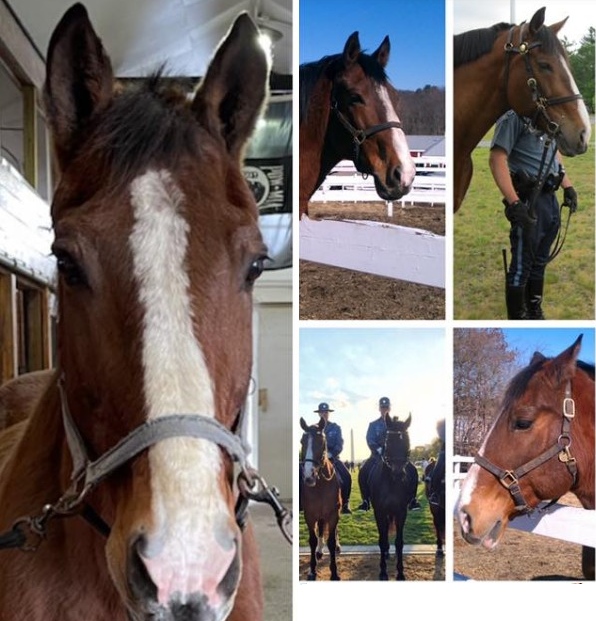