At approximately 2:40 p.m. today Troopers assigned to the Medford Barracks responded to reports of a multi vehicle crash on Route 93 Southbound prior to Exit 33 in Stoneham. Upon their arrival they discovered a 2017 Mercedes Convertible that veered off the road, then struck a guardrail and crashed into a body of water. Several witnesses on scene described to Troopers a black SUV that set the crash into motion, then fled the scene disregarding signals to pull over from other drivers.

A 2003 Toyota Corolla was also involved in the crash; that operator was uninjured and the vehicle was able to be driven. The operator of the Mercedes, a 59-year-old female from Charlestown, was transported to an area hospital with non-life-threating injuries.

Witnesses of the crash were able to provide a license plate for the black SUV and the incident, including the identity of the SUV operator and the cause of the crash, remains under investigation by Troopers assigned to State Police-Medford. Troopers were assisted on scene by Stoneham Fire. 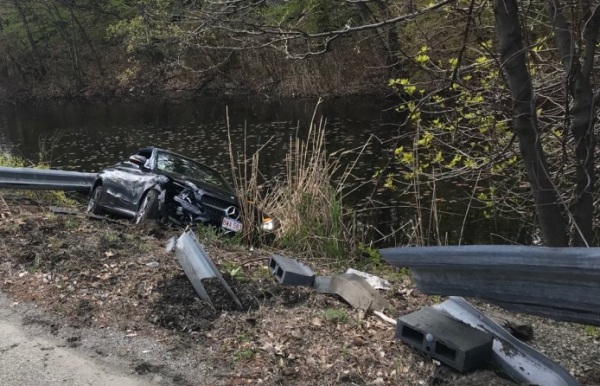