Late Sunday afternoon, Trooper Nicholas Pickunka of the Massachusetts State Police K9 Unit responded the area of Hatfield Street at Bridge Road in Northampton to help local police search for a man who fled from a motor vehicle stop.

Near Blackberry Lane, Northampton Police found a series of fresh footprints in the snow. Troper Pickunka deployed his partner Cezar (pictured) from that point, and the dog tracked along the footprints into the woods. Cezar continued to pull forward until he and Trooper Pickunka reached a parking lot with a shed, then pulled around the shed and back into the woods. Cezar continued to track through a backyard and onto Prospect Avenue.

After additional searching, Trooper Pickunka, Cezar, and Northampton Officers responded to Prospect Avenue, where someone reported hearing a noise in the woods. Trooper Pickunka and Cezar began a yard-to-yard search. As they walked up the driveway of a nearby home on that street,

Cezar pulled hard toward a detached garage. As the team turned the corner of the garage, a male voice blurted out, “I give up.” Trooper Pickunka observed a man matching the description of the suspect crouched down on the back steps of the house. The suspect surrendered to Trooper Pickunka and Cezar and Northampton Officers took him into custody.” 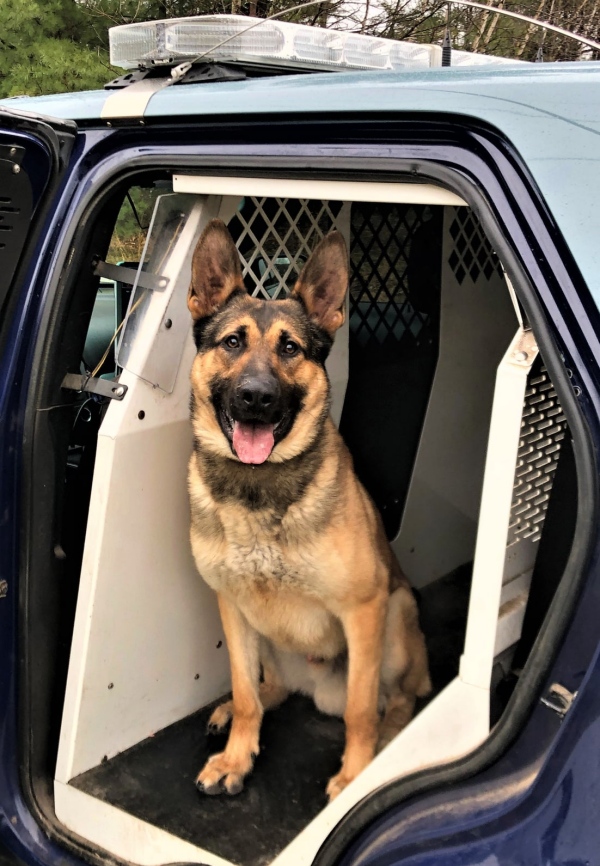