“The Massachusetts State Police Commercial Vehicle Enforcement Section has cited the driver of the tractor-trailer that struck the Roosevelt Circle, Medford, overpass on Route 93 southbound yesterday for two civil offenses:

2.) violating the permit issued by the Department of Transportation. Each offense carries a fine of $105 for a total civil penalty of $210.

The truck was hauling a water clarifying tank, consistent with the type of tank used in wastewater treatment.
The metal tank being hauled came into contact with the first and second structural beams of the underside of the bridge; the first beam was split in two and the second was bowed from the impact. The tank and the trailer sustained significant damage. The tractor appeared to sustain minor damage. The cargo and damaged trailer pieces were towed from the scene by Stephens Towing.

The truck involved was a 2013 Peterbilt 367 with an Alabama registration, owned by Dove Transportation of Lincoln, Alabama. The truck was being operated by a 57-year-old Alabama man and carried a 54-year-old Alabama woman as a passenger. The passenger was transported to Massachusetts General Hospital with possible minor injuries following the incident. The driver refused medical attention on scene. The crash occurred at approximately 3:20 p.m. Monday.

The State Police Commercial Vehicle Enforcement Section and the State Police-Medford Barracks responded to the incident, along with the Medford Fire Department and EMS.”-Massachusetts State Police. 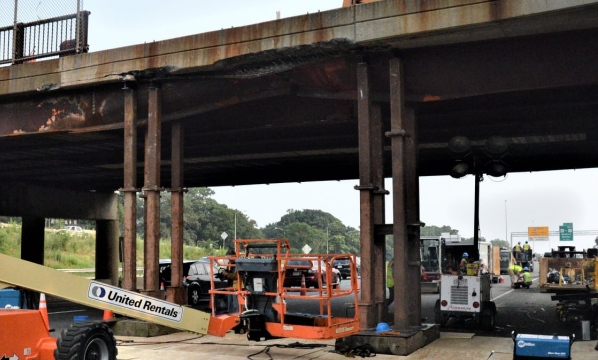 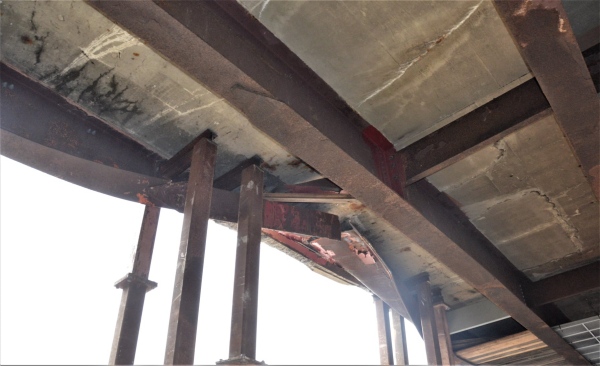 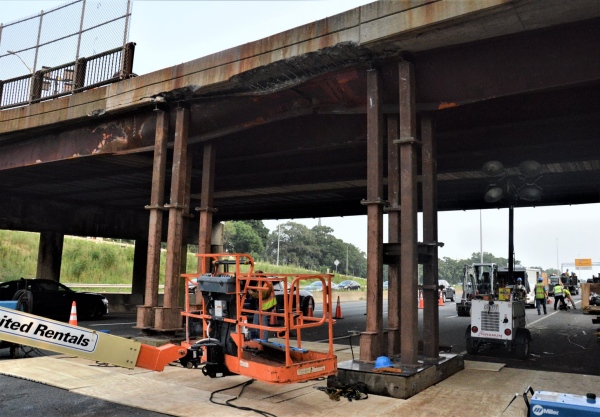