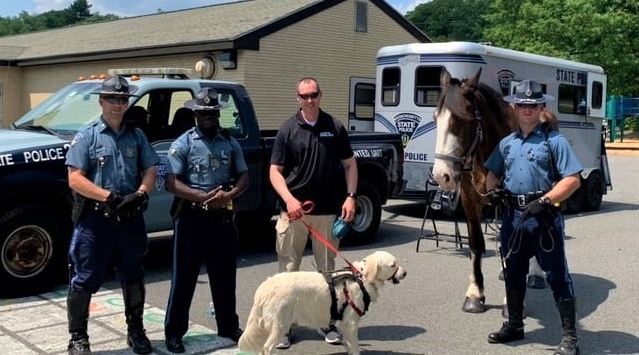 Joining Trooper Richardson were MSP Mounted Unit Troopers Giuseppe Ciampa and Tim Barry. Troopers Ciampa and Barry brought with them one of the stars of the show, mount Scotty, who mingled with the Greenlodge students and sampled some of Greenlodge’s lush grass.

Not to be outdone, Dedham Police Officer Jason Sullivan arrived with Dedham Community Resource Dog Ruby to take part in the day’s events. Thank you to the students of Dedham’s Greenlodge school for letting us join in their Field Day fun!”