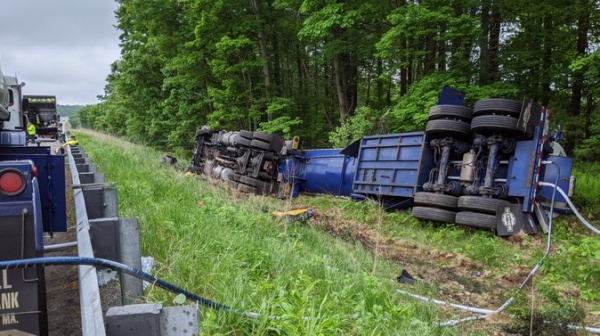 At approximately 3:10am on the morning of June 6th, Charlton Fire Department personnel were alerted through dispatch of a three-car motor vehicle accident with injury on the Mass Pike Eastbound near mm82.

Engine 3, Ambulance 2 responded to the scene where they found four vehicles involved in the accident. Two passenger vehicles and two tractor-trailers, one totally blocking all lanes of the highway and the other carrying 48,000 lbs. of refrigerated liquid carbon dioxide that was over the breakdown lane guardrail rolled over on its side.

Three patients, all with minor injuries were transport to the hospital by ambulance by Charlton, Southbridge, and Sturbridge.

A 1st alarm was transmitted for additional personnel and equipment to the scene including Rescue 1 and Car 2. A request for a Tier 1 HazMat response was made and members of the State’s Hazardous Materials Unit responded for monitoring and metering of the scene.

The owner of the tractor-trailer dispatched an empty trailer and safely transferred the product.

Charlton Fire was assisted by Mass DoT, Mass State Police, and Interstate Towing Inc. All fire department personnel and equipment cleared the scene at 10:48 am.

The cause of the accident is under investigation by Massachusetts State Police. 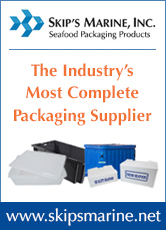