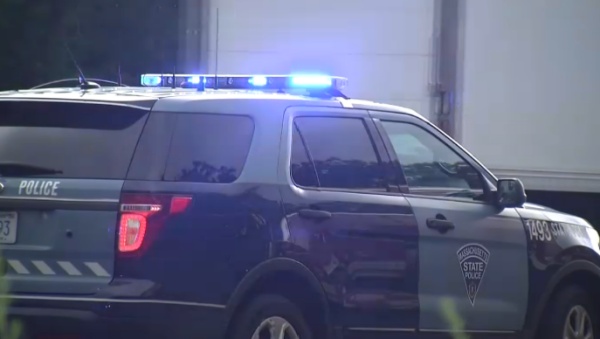 Today, at about 11 a.m., Trooper William McSweeney assigned to State Police Milton found a one-year-old child alone inside a truck illegally parked at Houghton Pond in Milton. Trooper McSweeney was working a dedicated patrol at Houghton Pond when he observed a white Chevrolet pickup truck parked in the fire lane. The vehicle appeared unoccupied and the engine running.

Trooper McSweeney approached the vehicle and observed the child sitting in a car seat on the front passenger seat. As he opened the driver’s door he immediately felt an excessive amount of heat, due to the heater set on high, inside the driver’s side compartment. The child was conscious and alert and began to cry.

Milton Fire and EMS responded to medically evaluate the child, who was later transported to Boston Children’s Hospital for observation.

Troopers learned that the vehicle was left unoccupied for approximately twenty-five minutes while the mother, a 24-year-old from Boston was setting up for the child’s birthday party. Her name will not be released until she appears in court. She was issued a summons ordering her to appear in Quincy District Court on the charge of Reckless Endangerment to a Child.