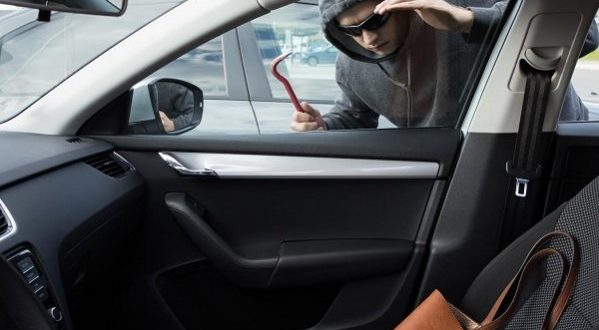 Three larceny suspects are now in custody and multiple accomplices are being sought in a joint law enforcement operation taking place in several communities south of Boston.

Massachusetts State Police Troopers and Hanover Police, Sharon Police, Braintree Police, and North Attleboro Police Officers, are involved in the investigation and ongoing search. The suspects are members of a Rhode Island-based crew believed responsible for thefts from vehicles in several communities.

Shortly after 7 p.m. yesterday (Tuesday, Nov. 5) Troopers and Officers conducting surveillance at a location in Dedham approached two suspect vehicles. Both vehicles, an Audi and a Chevrolet Suburban, fled the scene. Police did not actively pursue either vehicle but continued to seek them.

Both vehicles crashed separately in Sharon, one on Cottage Street and the other on Beach Street. Suspects fled on foot from both crashes. One male suspect was located nearby by a Sharon Police K-9 unit. The suspect had injuries and was transported in custody to Good Samaritan Hospital in Brockton.

MSP and local police established a perimeter and began searching for the remaining suspects.

At approximately 8:20 p.m., while searching for the suspects, MSP and Sharon Officers located a Jeep Compass outside Sharon High School. When the Trooper approached, the Jeep fled and got onto Route 95 southbound, with police in pursuit.

The Jeep crashed on Route 95 near Exit 4 in North Attleboro. The suspects in the Jeep fled the crash on foot.

Two additional suspects who fled from the initial crashes in Sharon were eventually captured overnight by Sharon Police following an exhaustive multi-agency search and were booked at State Police-Foxboro.

The exact number of remaining suspects is not known at this point but is believed to be at least two and possibly more than that.

The three arrested are:

They will be transported to Stoughton District Court this morning for arraignment on charges related to last night’s incident and the ongoing theft investigation. Exact charges will be stated at the arraignment.