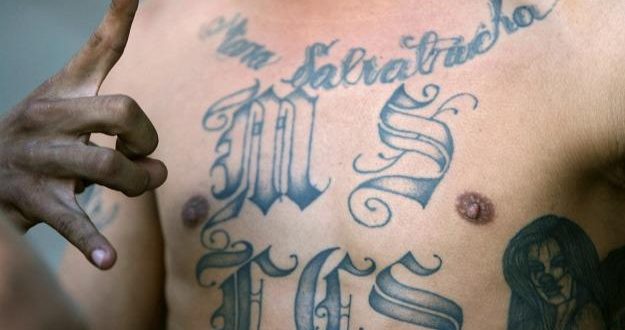 An MS-13 member was sentenced yesterday in federal court in Boston to racketeering conspiracy.

Nelson Cruz Rodriguez Cartagena, a/k/a “Inquieto,” 25, a Salvadoran national illegally residing in Everett, was sentenced by U.S. District Court Judge William G. Young to 17 years in prison and three years of supervised release. Rodriguez will be subject to deportation proceedings upon completion of his sentence. In April 2019, Rodriguez pleaded guilty to one count of conspiracy to conduct enterprise affairs through a pattern of racketeering activity, commonly referred to as RICO conspiracy. Rodriguez was arrested in Everett after law enforcement determined that he had reentered the United States after having been deported in 2016.

Rodriguez is a full member, or “homeboy,” in MS-13’s Everett Locos Salvatrucha (ELS) clique. On recorded prison calls with a detained ELS clique leader, Rodriguez discussed buying guns for the ELS clique; maintaining and supervising the clique’s marijuana trafficking business; the need to collect dues from clique members; the need to send money to MS-13 leaders in El Salvador due on the 13th of each month; and reporting on the clique’s day-to-day racketeering activities. When the clique leader began to suspect that a member of the ELS clique had cooperated with law enforcement leading to his arrest, he enlisted Rodriguez’s help to ferret out the informant. Rodriguez provided the true names of two young ELS clique members, and the leader concluded that one of them, Jose Aguilar Villanueva, a/k/a “Fantasma,” was the clique member responsible for his arrest. Once ELS (incorrectly) identified Villanueva as an informant, members of ELS, including Rodriguez, met at the clique’s “destroyer house,” – a residence where clique members stored knives, machetes, marijuana, and money – to discuss gang business and to plan the murder of Villanueva. Ultimately, on the night of July 5, 2015, two young ELS probationary members, or “chequeos,” lured Villanueva into a park in Lawrence and stabbed him to death. Villanueva was 16-years-old.