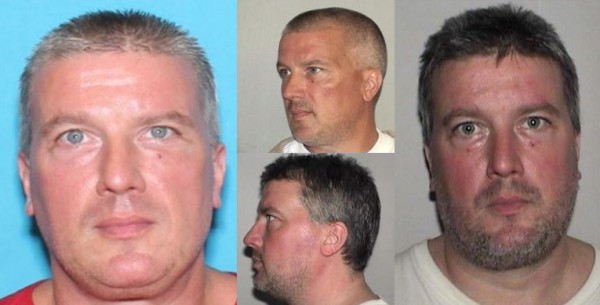 A member of the Massachusetts State Police Most Wanted Fugitives list, a man who violently kidnapped and assaulted a woman in March, was captured this morning after an MSP Trooper assigned to the Violent Fugitive Apprehension Section tracked him to Miami. KEVIN J. HAMEL, 50, was arrested at about 7:45 a.m. by members of the US Marshals Florida Regional Fugitive Task Force at an address provided by MSP Trooper Thiago Miranda.

HAMEL was transported following his arrest to the Turner Guilford Knight Correctional Center in Miami, where he was booked as a fugitive from justice and will be held pending rendition to Massachusetts.

HAMEL is wanted for kidnapping, assault and battery with a dangerous weapon, domestic assault and battery, and vandalism from a March 30 incident in Townsend. On that date, Townsend Police received a 911 call from a woman who was fleeing from an assault in progress. Responding Townsend officers subsequently determined that HAMEL had held the woman against her will and violently assaulted her, causing numerous injuries. Officers could not locate HAMEL and obtained an arrest warrant. At that time, HAMEL, who had an extensive criminal history including firearm and kidnapping convictions and restraining order violations, was also wanted for violation his probation from one of the previous convictions.

In August, MSP Violent Fugitive Apprehension Section (MSP VFAS) added HAMEL to its list of Most Wanted fugitives. Trooper Miranda and other Troopers from the MSP VFAS Central Team have worked tirelessly to locate him since then, exhausting numerous leads. Earlier this month, Trooper Miranda developed information suggesting HAMEL was in Miami. The Trooper confirmed an address and asked the US Marshal Fugitive Task Force in Worcester to coordinate with the Marshal’s Florida task force to effect the arrest. 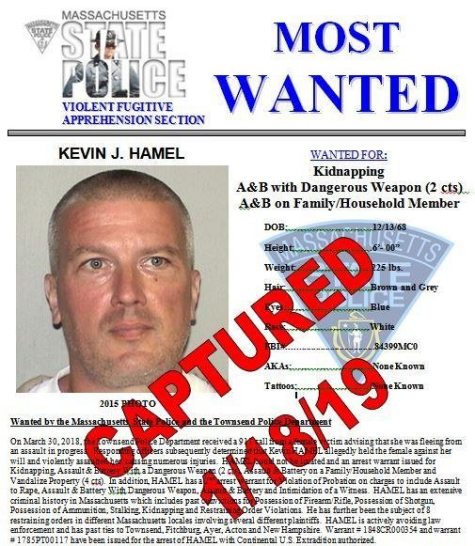